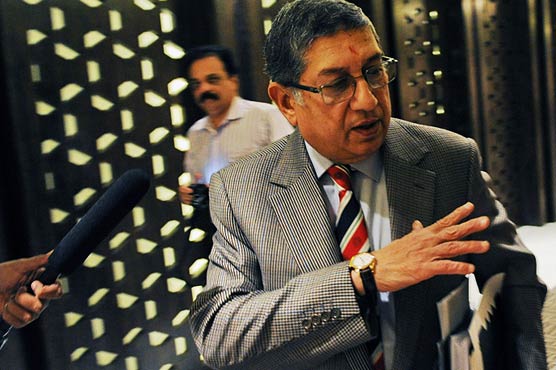 The apex court reserved the order after BCCI opposed the probe by Justice Mudgal committee into the allegations.

The BCCI asked the Supreme Court for a fresh probe panel to look into the allegations against Srinivasan and other cricketers.

Last week, the court had scrapped a Board of Control for Cricket in India panel that included former Test cricketer Ravi Shastri and CBI director R.K. Raghavan. There were questions of conflict of interest in the proposed BCCI panel.

Justice Mudgal, whose three-member committee investigated the IPL scam for four months after being appointed by Supreme Court in October last year, submitted a report on February 10. He had submitted a sealed envelope containing "incriminating material" against 13 people connected with the IPL scam.

One of the 13 names was that of suspended BCCI president, Srinivasan, whose son-in-law Gurunath Meiyappan has been indicted for betting and leaking team information. According to the Mudgal panel, Meiyappan was a Chennai Super Kings team official.