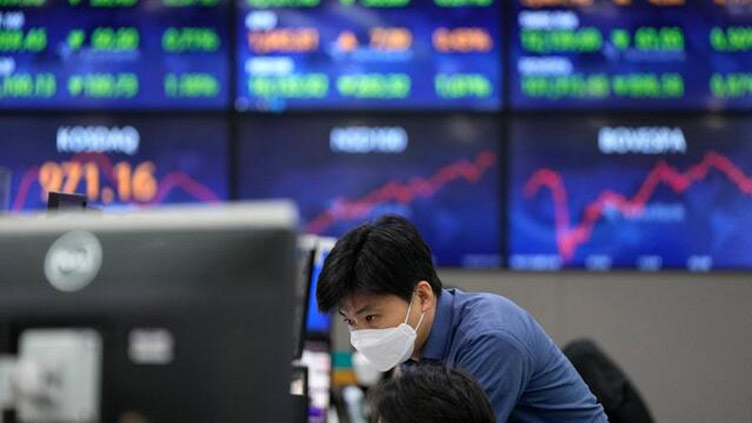 SYDNEY (Reuters) - Asian shares were cautiously higher on Thursday, while the dollar eased ahead of U.S. non-farm payrolls data, and oil prices gained for a fourth day after deep production cuts pledged by OPEC+ members.

MSCI’s broadest index of Asia-Pacific shares outside Japan (.MIAPJ0000PUS) rose 0.4% in early Asia trade, as U.S. futures gained. The index is up 4% this week after faling 13% in September.

The Refinitiv Asia Energy index (.TRXFLDAZPUENE) rose 0.7%, after the Organization of the Petroleum Exporting Countries and allies agreed to cut oil production the deepest since the COVID-19 pandemic began, curbing supply in an already tight market.

Oil prices rose for a fourth straight day to their highest level since mid-September. Brent crude futures were up 0.6% at $93.9 a barrel while U.S. West Texas Intermediate (WTI) crude futures also gained 0.6% to $88.26 per barrel.

SO MUCH FOR FED PIVOT

Earlier this week, U.S. economic data suggesting that the labor market and economy were slowing as well as the Reserve Bank of Australia’s surprise move to raise rates by only 25 basis points fuelled hopes of less aggressive interest rate hikes by central banks and lifted risk sentiment.

But those hopes were dashed after a slightly above-forecast report from the Institute for Supply Management showed a rebound in the employment index for the U.S. services sector.

"Attention is now firmly focused on the September labour market report... The market needs to prime for a strong number."

U.S. non-farm payrolls data is due on Friday and analysts polled by Reuters expect 250,000 jobs were added last month and unemployment to come in at 3.7%.

Overnight, San Francisco Federal Reserve President Mary Daly underscored the U.S. central bank’s commitment to curbing inflation with more interest rate hikes, although she also said the Fed will not simply barrel ahead if the economy starts to crack.

In currency markets, the dollar eased 0.2% against a basket of major currencies on Thursday, after climbing 0.7% overnight on hawkish comments from Fed officials.