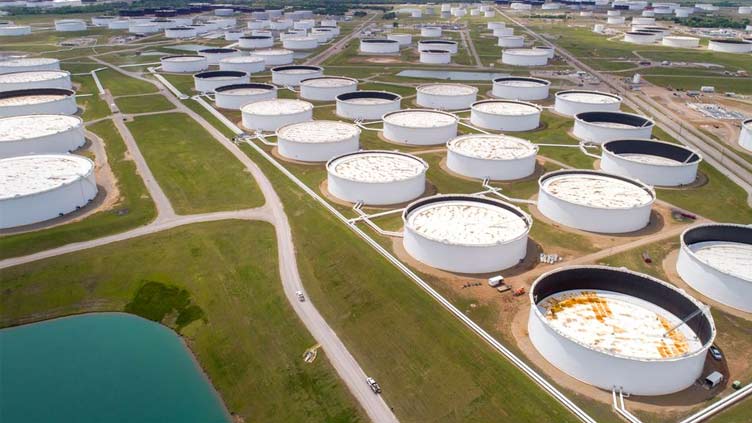 SINGAPORE (Reuters) - Oil prices inched higher in early Asian trade on Tuesday, on expectations that OPEC+ may agree to a large cut in crude output when it meets on Wednesday but concerns about the global economy capped gains.

U.S. crude futures rose by 22 cents, or 0.3%, to $83.85 a barrel. The benchmark gained more than 5% in the previous session, which marked its largest daily gain since May.

Oil prices rallied on Monday on renewed concerns about supply tightness. There are expectations that the Organization of the Petroleum Exporting Countries (OPEC) and its allies, known collectively as OPEC+, will cut output by more than 1 million barrels per day (bpd) at their first in-person meeting since 2020 on Wednesday.

Voluntary cuts by individual members could come on top of this, making it their largest cut since the start of the COVID-19 pandemic, OPEC sources said.

"Despite everything going on with the war in Ukraine, OPEC+ has never been this strong and they will do whatever it takes to make sure prices are supported here," said Edward Moya, a senior analyst with OANDA, in a note.

OPEC+ has boosted output this year after record cuts put in place in 2020 due to demand destruction caused by the COVID-19 pandemic. But in recent months, the organisation has failed to meet its planned output increases, missing in July by 2.9 million bpd.

The production cut being considered was justified by the sharp decline in oil prices from recent highs, said Goldman Sachs, adding that this reinforced its bullish oil view.

Concerns about the global economy could cap the upside, said Tina Teng, an analyst at CMC Markets, as investors also look to take profit on gains made in the previous session.

"Uncertainties remain in the global markets, such as bond market turmoil, the sell-off in risk assets, and a skyrocketing U.S. dollar," said Teng.

Oil prices have dropped for four straight months as COVID-19 lockdowns in top oil importer China curbed demand while interest rate hikes and a soaring U.S. dollar pressured global financial markets. Major central banks have embarked on the most aggressive round of rate rises in decades, sparking fears of a global economic slowdown.

U.S. crude oil stocks were estimated to have increased by around 2 million barrels in the week to Sept. 30, a preliminary Reuters poll showed on Monday.