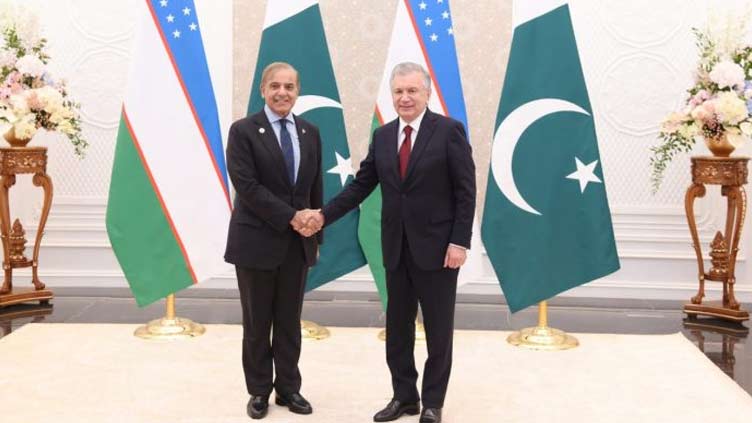 The Prime Minister expressed these views during a bilateral meeting with President of Uzbekistan Shavkat Mirziyoyev held here on the sidelines of the annual Meeting of the Council of Heads of State of the Shanghai Cooperation Organization (SCO).

The two leaders exchanged views on Pakistan-Uzbekistan relations, and regional and international issues.

The wide-ranging talks covered bilateral cooperation, with a special focus on trade and economic relations, and regional connectivity through rail, road and seaports.

The Prime Minister thanked President Shavkat Mirziyoyev for his sympathies and condolences on sending humanitarian aid to the flood affected people.

He highlighted the devastation caused by the climate induced floods in Pakistan in terms of loss of human lives and damage to crops, livestock, housing and critical infrastructure.

The Prime Minister underlined the need for closer defence and security cooperation, and further increasing collaboration in the fields of education, culture and tourism.

He emphasized that liberalized Visa Regime would encourage business community of both countries to boost bilateral trade and investment.

The Prime Minister reaffirmed Pakistan’s commitment to the timely completion of Trans-Afghan Railway project and expressed satisfaction at the successful completion of field expedition inside Afghanistan by the technical teams from Afghanistan, Pakistan and Uzbekistan.

Once completed, this project would effectively link the Central Asian countries with the world through the seaports of Karachi and Gwadar, he added.

The two leaders agreed to early convening of the Inter-Governmental Commission to formulate specific proposals and projects to further deepen and broaden Pakistan-Uzbekistan cooperation across the entire spectrum.