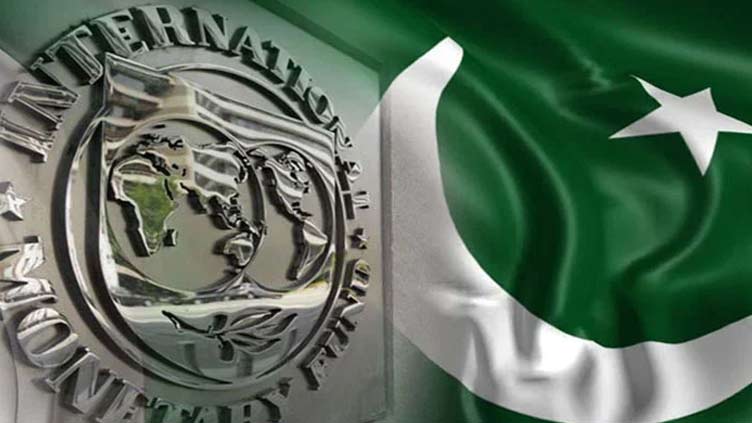 ISLAMABAD (Dunya News) – The International Monetary Fund (IMF) board on Monday has approved the revival of Pakistan s EFF program.

In his latest Tweet, Finance Minister Miftah Ismail said that following the revival of program, Pakistan should now be getting the 7th & 8th tranche of $1.17 billion.

He further said, “I want to thank the Prime Minister Shehbaz Sharif for taking so many tough decisions and saving Pakistan from default. I congratulate the nation.”

In July this year, Pakistan had reached a staff-level agreement with the International Monetary Fund, a milestone that would pave the way for the release of an additional $1.2 billion in loans and unlock more funding.

Earlier today, the finance minister alleged that the Pakistan Tehreek-e-Insaf for hatching conspiracies to sabotage the much-needed release of the $1.17 billion tranche under the International Monetary Fund (IMF) programme.

It was a "heinous and shameful act" against national interests and an attempt to push the country into economic default, he said.

Referring to the recent audio leaks of former finance minister Shaukat Tarin, Miftah said Tarin was misleading the finance ministers of Punjab and Khyber Pakhtunkhwa about the IMF programme.

In an audio, he said, Tarin was asking Punjab Finance Minister Mohsin Leghari to write a letter to the IMF to convey that the provincial government could not fulfill its commitment made with the Fund due to the enhanced expenditure on account of floods in the province.

Prior to the audio leaks, PTI leader Fawad Chaudhry, in a statement, had claimed that the provincial governments would not accept the IMF conditions, and cooperate with the Centre in that regard.

The KP finance minister also circulated a letter of not complying with the IMF condition just 72 hours before the IMF board s meeting to derail the programme, he added.

He said the "telephone calls leaks" had unveiled the dirty politics of PTI and the faces behind the conspiracy. "The conspirators should resign from their offices and better quit the politics."

Miftah said it was the PTI government that had initially finalized the programme with the IMF on tough terms and condition, and later deviated from it by providing unjustified subsidy on petroleum and electricity prices to pile up the "historic deficit".

The PTI rulers also took record loans of over Rs 20,000 billion, which was about 80 percent of the total loans taken all the previous regime, he added.

The PTI leaders, he alleged, were making such "cheap efforts for their vested political interests". They were least bothered about national interests and were hell bent on to achieve their political motives at all costs, the minister added.

Miftah claimed that the PTI had not brought any worthwhile change in Khyber Pakhtunkhwa even in power there for the last 10 years. It had not set up any educational institution or international standard in the province, he said, adding 50 percent of children in the KP were out of schools today.

The minister alleged that the Imran Khan led government led had committed "historic corruption". Every transfer or posting was made against "diamond rings", he added.

Due to incapability and mismanagement of the PTI regime, he said, the country had reached on the verge of default, with the petroleum and electricity prices at the highest level, and the inflation rate also at the all time high.

At such a crucial time, the Pakistan Muslim League with its allies decided to accept all the challenges to steer the country of out of economic crisis, he added.

The minister said the country was now facing the worst floods of its recent history. All resources would be utilized for the relief and rehabilitation of thee affected people. The federal government had already allocated Rs 28 billion for the purpose and would provide more funds in that regard. He said the government was determined for equal development of all areas of the country and the uplift of tribal areas was on its top priority.