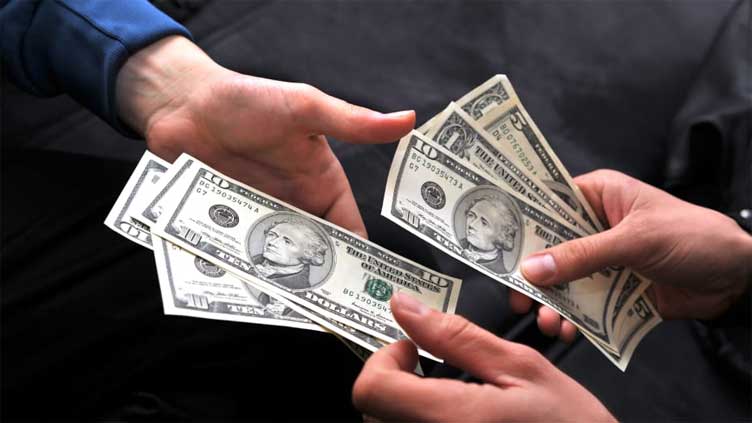 KARACHI (Dunya News) - The downward journey of the rupee continued with the start of a new week, as it further dropped to Rs232.93 against the US dollar in the interbank market.

The continuous downward flight of the rupee has raised concerns that the country’s economy was shuttering down. The rupee fell by nearly 8 per cent against the dollar during the last week. According to the data of SBP, the reserves have remained below $10 billion while the inflation is also the highest in a decade.

Acting Governor of State Bank of Pakistan has said that the response of markets was unfairly broad-brush in response to the shocks. He said that the market was not paying attention to the relative strengths of the country.

Mettis Global Director Saad Bin Naseer said the rupee hit a new intraday low due to letter of credit (LC) payments for oil at a time when the SBP was reluctant to release reserves to contain the exchange rate volatility.

“Furthermore, exporters seem more interested in earning windfall profits as they seem to have abandoned national interest in view of gaining quick earnings from rupee depreciation,” he told Dawn.com.

On the other hand, Naseer pointed out, exporters were utilising maximum LC limits from banks.

“Any bank will tell you that exporters are currently using maximum limits for import LCs whereas they refuse to bring in dollar from export earnings.”

He said that the only way for the government to address the situation was to mandate exporters to convert their transactions in accordance at the time of export so they could not continue holding on to the dollars.

“At the same time, the SBP can serve as an intermediary by doing swaps with banks so that the exchange rate can remain insulated from foul play of exporters at a time of crisis.”