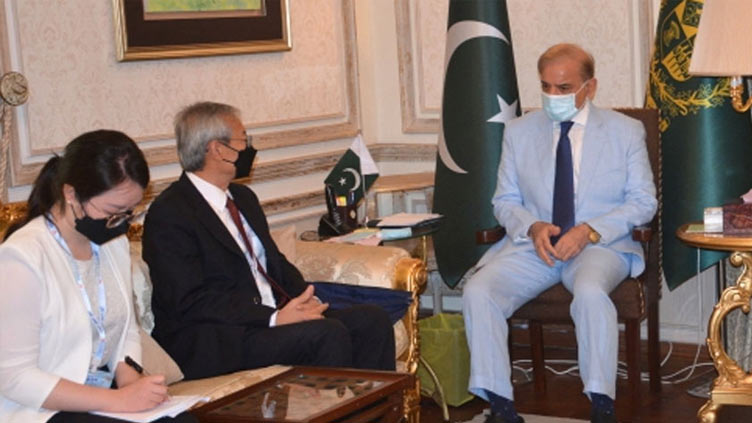 LAHORE (APP) - Prime Minister Muhammad Shehbaz Sharif on Sunday assured Pakistan’s full support in the fulfillment of the purposes and objectives of the Shanghai Cooperation Organization (SCO), under his stewardship.

He hoped that all SCO members would continue to work together for building peace, enhancing international solidarity and cooperation.

The prime minister was talking to Secretary General of the Shanghai Cooperation Organization (SCO), Ambassador Zhang Ming who called on him.

The prime minister also reaffirmed Pakistan’s strong commitment to the principles of the SCO Charter and the “Shanghai Spirit.”

He highlighted the current global challenges manifested in the high fuel and food prices and the resultant food insecurity as well as economic and financial difficulties for a large number of countries including SCO members.

Appreciating the comprehensive development agenda of SCO, the prime minister emphasized that the core purpose of the Organization remained the growth and prosperity of the SCO region and how well the SCO leaders were responding to the aspirations and ambitions of their people to have better standards of living.

The prime minister underlined the need for developing appropriate funding mechanisms to promote intra-SCO trade as well as development initiatives.

Stressing the enhancement of transport and communication links, the prime minister underscored the importance of the connectivity agenda and, in this regard, also highlighted that the China-Pakistan Economic Corridor (CPEC) could serve as a useful model in its facilitation.

The prime minister also shared his perspective on a number of specific regional and global security issues as well as SCO’s role in promoting stability in the region and beyond.

In this context, he appreciated the work of SCO-RATS where Pakistan, together with other member states, was playing an active role in countering common security challenges.