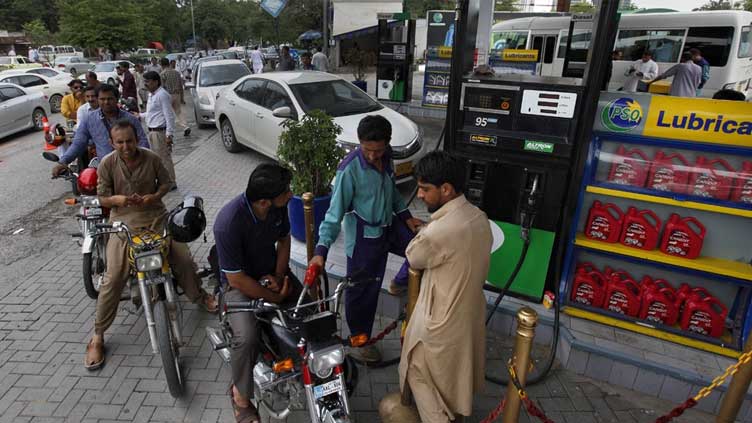 ISLAMABAD (Dunya News) – In yet another jolt to the inflation-hit masses, the government has decided to increase petrol and diesel prices by Rs14.85 per liter from July 1. 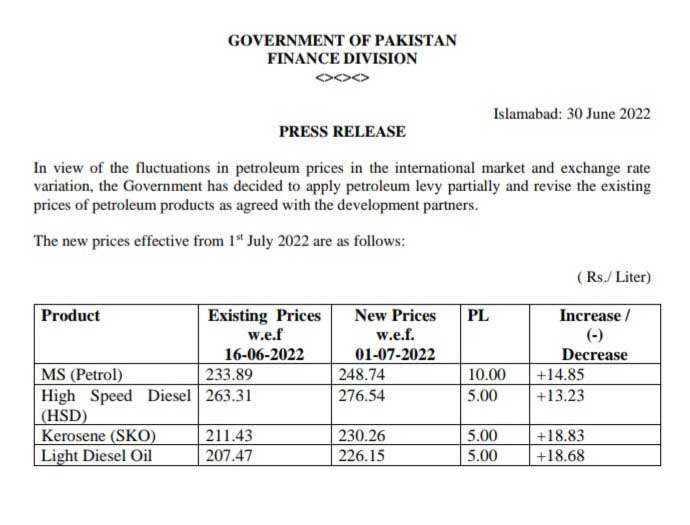 On Wednesday, National Assembly (NA) had approved the Rs50 per litre petroleum levy as the house passed the Finance Bill 2022-23. The Lower House of the Parliament approved amending the Petroleum Products (Petroleum Levy) Ordinance, 1961, caving in to the IMF’s demand of imposing a petroleum tax levy of Rs50.

However, the finance minister, while speaking on the floor, said that the petroleum levy was at Rs0 currently and reiterated that the government will not impose Rs50 in one go.

“The government has got the permission from you (the house) to impose up to Rs50 per litter levy on petroleum products but there is no intention to take the levy up to this figure”, he said.

It is pertinent to mention here that the International Monetary Fund (IMF) had urged Pakistan to end subsidies on electricity and petroleum products to revive the program.

According to a statement issued by the IMF, the mission led by Nathan Porter, held virtual and direct talks with Pakistani officials on policies to ensure economic stability and sustainable growth in Pakistan from May 18 to May 25.