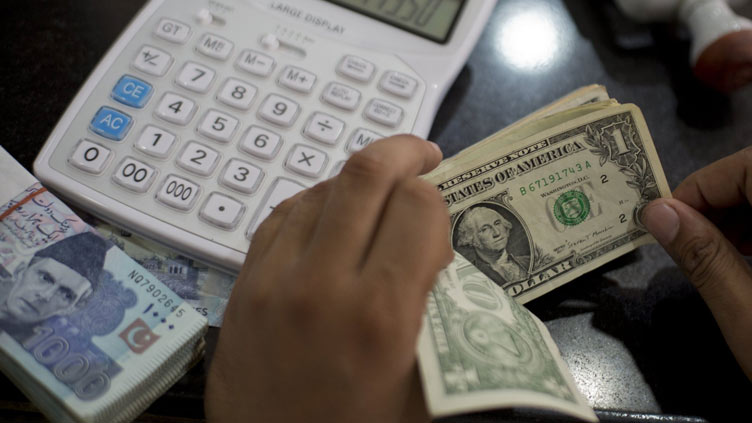 KARACHI (Dunya News) - The rupee snapped its losing streak against the US dollar, gaining Rs4.70 in the interbank market a day after it was reported that the government secured the much-anticipated deal with the International Monetary Fund (IMF).

According to details, the dollar closed Rs207.23, against Wednesday’s record high of Rs211.93.In open market, local currency also gain Rs4 against the greenback, which was being traded around Rs209.

The development comes after weeks of persistent declines in the rupee’s value, which has been largely attributed to the country’s rising import bill and depleting foreign exchange reserves.

On Wednesday, the Federal Minister for Finance and Revenue, Miftah Ismail informed the Chinese consortium of banks has signed a $2.3 billion loan facility agreement on Wednesday which will be received by Pakistan within a few days.

Earlier, the IMF and Pakistan reached an understanding pertaining to the amendments in the federal budget for FY23 to revive the bailout package.