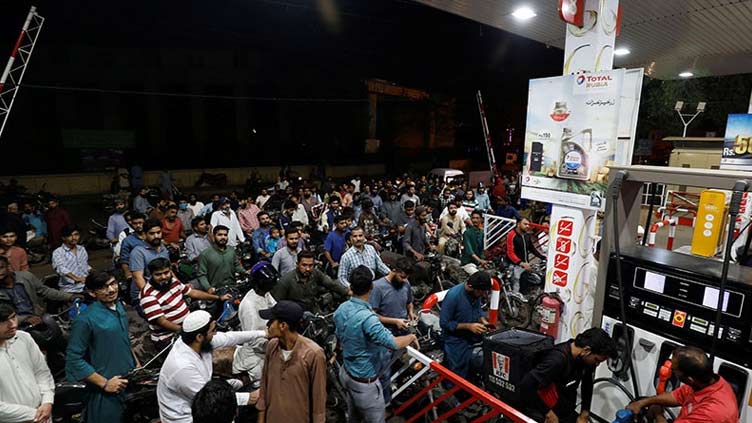 ISLAMABAD (Dunya News) – The government on Thursday jacked up the price of petrol by Rs 30 per litre with immediate effect.

Federal Finance Minister Miftah Ismail told a press conference that the IMF program could not move forward without raising the prices of petroleum products. Following Rs 30 per liter increase in price of Petrol the new price will be Rs 179.86.

The price of high-speed diesel (HSD) was also increased by Rs 30 per liter and will now cost Rs 174.15 per liter.

He said Prime Minister Shehbaz Sharif has taken this difficult decision in the larger interest of national economy. He said that it is a hard decision for the government to impose such kind of burden on general public.

He said the government is providing 56 rupees per liter subsidy on petroleum products as the previous government had fixed these prices which caused to increase inflation in the country.

Miftah Ismail said that IMF Program cannot be approved for Pakistan without increase in petroleum prices.

According to a statement issued by the IMF, the IMF mission, led by Nathan Porter, held virtual and direct talks with Pakistani officials on policies to ensure economic stability and sustainable growth in Pakistan from May 18 to May 25.