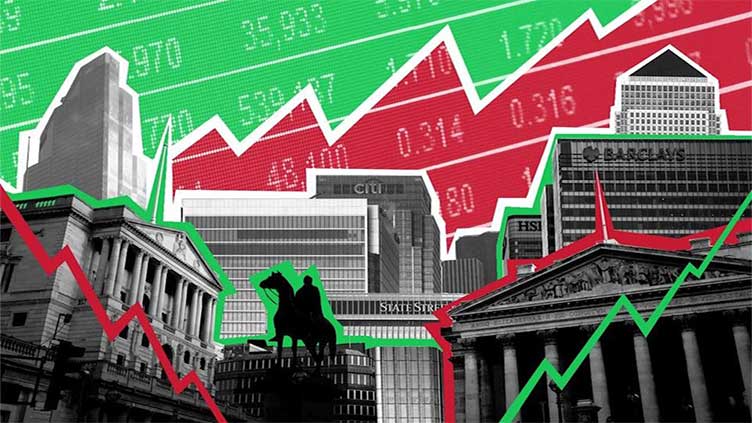 Oil prices tumbled Monday in Europe and Asia on worries over a worsening Covid-19 outbreak in China.

NEW YORK (AFP) - Oil prices tumbled Monday along with equities in Europe and Asia on worries over a worsening Covid-19 outbreak in China, while US stocks finished a volatile session higher as Elon Musk sealed a deal to acquire Twitter.

Crude prices dove more than three percent on growing concerns over Chinese lockdowns in response to its latest Covid-19 wave. Dollar-denominated oil has also been pressured by the higher dollar.

"Selling is widespread across global markets and asset classes, indicating that we could be on the cusp of a much bigger leg lower," said market analyst Chris Beauchamp at online trading platform IG.

Macron now faces the challenge of uniting a deeply divided nation with legislative elections fast approaching in which he could lose control of parliament.

Wall Street stocks also spent much of the day in the red, but ultimately forged higher, with gains accelerating after the Twitter deal was announced.

Briefing.com analyst Patrick O Hare attributed the rally to bargain hunting after the S&P 500 slipped as low as 4,200, a level that triggered buy orders.

Investors are cautious ahead of upcoming earnings from tech giants including Apple, Amazon and Microsoft, which are significant components of major indices and usually outperform.

"Everyone s on heightened alert after the disappointment over Netflix," which last week suffered grievous losses after reporting disappointing earnings, O Hare said.

Twitter jumped 5.7 percent after Musk announced a deal to buy the social media network for $44 billion.

Twitter agreed to the deal in an about-face from earlier resistance after Musk announced a financing plan that included $21 billion from his personal fortune.