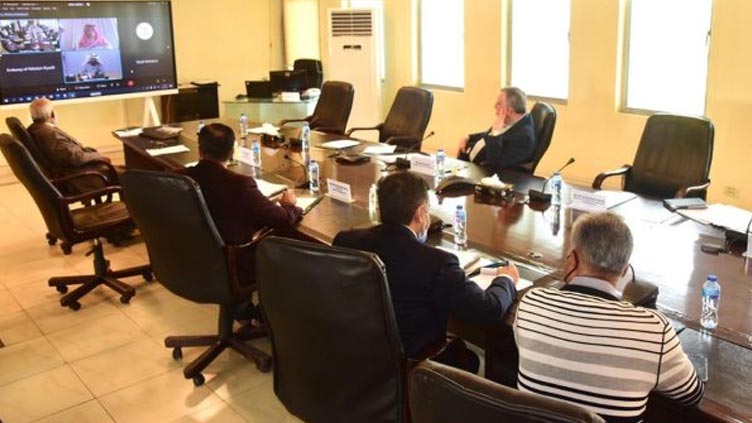 According to press statement issued by the finance ministry, both sides highlighted deep-rooted bilateral ties and cordial relationship between the two countries.

The two sides discussed about the potential for increased collaboration and investment in the various sectors including agriculture, food security, Information Technology, infrastructure development, Refinery and vowed to extend business and economic ties.

The Saudi Minister was also apprised that the present government was providing incentives to attract and facilitate foreign investors.The Saudi Investment Minister expressed the need for greater mutual investments in different fields, it added.

Among others, Chairman Board of Investment Muhammad Azfar Ahsan and other senior officers also participated in the meeting. Meanwhile, the federal minister held another virtual meeting with Minister for Energy and Chief Executive of Qatar Energy, Saad Sherida al-Kaabi.

Both sides discussed ways and means on promoting bilateral and economic ties between two countries. The issues for setting up of the LNG terminal in Pakistan came under discussion in the meeting.

Finance Minister assured the Qatar Energy Minister, of all possible support to resolve the issues for facilitating the State of Qatar’s investment in Pakistan. Secretaries of Finance, Maritime Affairs and Energy, Chairman OGRA and senior officers were also present in the meeting.