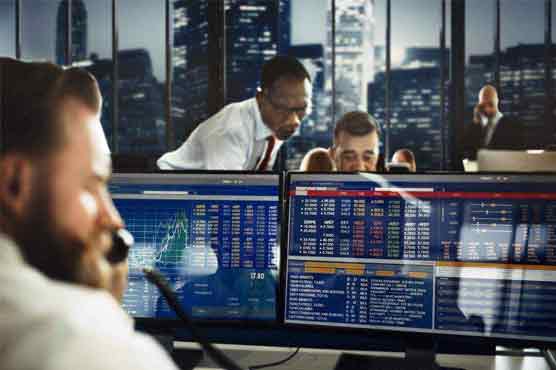 “Stocks (are) expected to tread water for the rest of the day as we look towards Jackson Hole and today’s speech by Fed chair Jerome Powell,” said CMC Markets analyst Michael Hewson.

The Fed chief will speak about plans for tapering monetary policy, with some top bank officials calling for a move within months.

His address to the annual Jackson Hole symposium of central bankers and economists will be closely watched for an idea about plans to reduce the bond-buying that has helped support the pandemic recovery, though a timetable is not yet expected.

News of Thursday’s deadly Kabul attack, which left dozens dead including 13 US servicemen, has meanwhile cast a shadow over trading floors.

“Equity markets were already having a difficult session yesterday (Thursday) even before the explosions in the Kabul region which put to an end any possibility that we might finish the day in positive territory,” said Hewson.

The bombings, claimed by the Islamic State group, left scenes of carnage outside the airport where thousands of Afghans desperate to flee their country had massed.

US President Joe Biden, under enormous pressure over his administration’s handling of the Afghan crisis, has vowed to retaliate.