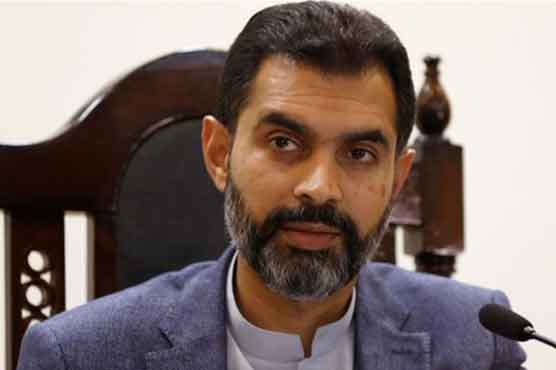 He said that so far about 86 thousand accounts had been open. Through these accounts about 480 million dollars were sent to the country out of which 307 million were invested in NPCs.

SBP Governor said that overseas Pakistanis were estimated to be 7 to 9 millions in range which meant there was huge market for the banks.

Reza Baqir said that at initial stage of the central banks this initiative there were challenges and complaints of customers opening accounts but all those problems were addressed largely.

He said that the initiative of RDA was based on vision of Prime Minister Imran Khan.
Prime Minister wanted to connect overseas Pakistanis with Pakistani banking. Following his vision SBP formed a team for the purpose.

SBP Governor added that RDA was not just security but a permanent connection between financial system of the country and overseas Pakistanis.

On the occasion a video message of Adviser to PM on Institutional Reforms and Austerity Dr. Ishrat Hussain was also played. Dr. Ishrat in his message said that for the first time the government and SBP had made it user-friendly to open an account and invest in NPCs and stock exchange.

He said that it was now easier for overseas Pakistanis to make the bill payments and carry out many other transactions sitting at the comfort of their homes.

Dr. Ishrat said that response to RDA was very encouraging. The banks in few months had already crossed half a billion dollars.

Chairman HabibMetro Bank and Group CEO, Habib Bank AG Zurich Mohammedali R. Habib addressing on the occasion said RDA was a brilliant initiative by the central bank that provided innovative solutions for NRPs and RPs with declared assets abroad.
He said the initiative was warmly welcomed by overseas Pakistanis.

Mohammedali R. Habib said the world at large was still griped with COVID-19 pandemic. He expressed his pride as a Pakistani that the Government of Pakistan had handled the pandemic situation in very well manner. “We succeeded in flattening the pandemic curve followed by quick decisive and effective response by way of financial incentives.”

He appreciated that SBP’s various initiatives rescued the economy of the country and put it on growth path.

In his welcome remarks, President and CEO, HabibMetro Bank Mohsin Ali Nathani said that RDA was an innovative product, digital friendly for overseas who couldn’t visit Pakistan with very attractive investment returns that it generated.He said that there was exceptional response to this product in short span of few months since its launch.