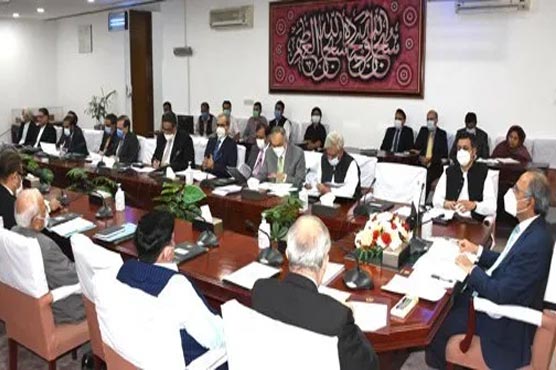 The meeting of the cabinet committee was chaired by Dr. Abdul Hafeez Shaikh.

ISLAMABAD (APP) – The Economic Coordination Committee (ECC) of the Cabinet approved the formation of an Advisory Committee for the release of unsold Next Generation Mobile Services (NGMS) spectrum.

The meeting of the cabinet committee was chaired by Adviser to Prime Minister on Finance and Revenue Dr. Abdul Hafeez Shaikh, according to press statement issued by the Finance Ministry here.

As per the Terms of Reference of the Committee (ToRs), the committee would be mandated to examine and evaluate the market assessment report and recommendations of PTA for release of maximum NGMS spectrum in Pakistan.

It would also examine and finalize the policy directives for the federal government for the release of NGMS spectrum in Pakistan and oversee the release process to be conducted by PTA.

Meanwhile, ECC also approved the amendment in the minutes of an earlier decision (based on the directives given earlier in the meeting of 22 July 2020) related to subsidy of the Naya Pakistan Housing and Development Authority.

ECC also decided that Finance Division would continue with the existing guarantee of 31 billion for the power sector through Power Holding Company (PHL).