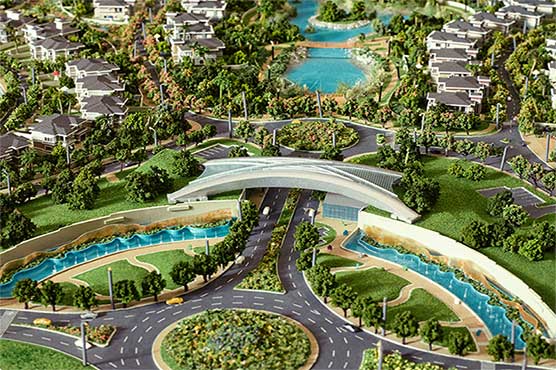 The minister said there were vast investment opportunities in Pakistan in various fields.

He expressed these views during a meeting with Faisalabad Industrial Estate Development and Management Company (FIEDMC) Chairman Mian Kashif Ashfaq who called on him, said a press release.

The minister said there were vast investment opportunities in Pakistan in the fields of energy, agriculture, health, education and construction for foreign investors.

He said the government was planning to envisage a comprehensive strategy in wake of coronavirus pandemic especially in context of post corona era and would initiate economic diplomacy through activating all embassies to apprise foreign investors on lucrative business opportunities in Pakistan.

He said the first phase of CPEC was focused on infrastructure development and energy generation while in second phase industrial cooperation and socioeconomic development were our highest priorities.

He said the government had set up SEZs especially prioritized ones and Allama Iqbal Industrial City under CPEC of FIEDMC would also help meet these objectives.

He also appreciated Mian Kashif Ashfaq for accelerating the pace of development projects in Allama Iqbal Industrial City and asked him to seek mutual cooperation from investors of this whole region, especially the landlocked Central Asian countries and Afghanistan, to benefit from the CPEC.

“CPEC is a game-changer for the entire region and there is no restriction on any country, including the USA, to invest in the special economic zones, being established under CPEC,” added Qureshi.

FIEDMC Chief Operating Officer Muhammad Aamir Saleemi and other senior officers besides experts were also present on the occasion.

He said approximately Rs450 billion foreign and local investments would be pumped into this project and development project was being carried out on fast track.

The FIDEMC always provided state of the art facilities to its customers besides resolving their issues through one window operation on top priority basis. He said the confidence of the investors on was being restored after completion of M3 project.

He further said many European countries were keen to invest in various economic sectors of Pakistan especially in newly launched state of the art Allama Iqbal Industrial Estate with 10 years tax holiday coupled with an excellent and unprecedented package of incentives.

Kashif Ashfaq said the FIEDMC, following the vision of Prime Minister Imran Khan, was extending maximum facilities and services to businessmen under one roof for ease of doing business in the province.