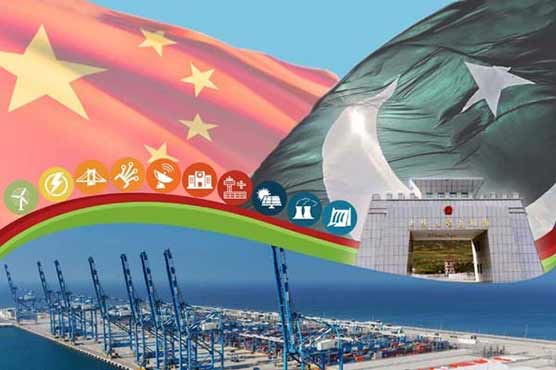 The govt released Rs1.2bn for land acquisition and resettlement for CPEC-Islamabad section

According to latest data issued by the ministry of Planning on Thursday, the government had allocated Rs 18 billion for around 20 projects of CPEC for the year 2019-20.

For construction of KKH phase-II Havelian-Thakot (118.057 M) part of CPEC, the government released Rs 2 billion out of total allocation of Rs 2.238 billion.
The government has also released Rs 1.8 billion for preliminary design for up-gradation of main line (ML-1) and establishment of dryport near Havelian under the CPEC.

The government also released Rs 1.2 billion for land acquisition and resettlement for CPEC- Islamabad-Raikot section (Phase-I), Havelian-Thakot (120.12 km), while Rs 1.89 billion were released for construction of Zhob to Kuchlak for which the government had allocated Rs 1.025 billion.

Similarly the government also released Rs 320 million for 5 million gallon per day sea water desalination plant at Gwadar out of total allocation of Rs 400 million and for strengthening of core network and expansion of PERN footprints through CPEC optical fiber (PERNIII), an amount of Rs 300 million has also been released.

For construction of offices for Intelligence Bureau alongwith CPEC, the government released Rs 111.2 million out of total allocation of Rs 164 million while for the project upgradation of NGMS (3G/4G) services and seamless coverage along KKH (in support of CPEC) in Gilgit Baltistan, an amount of Rs 600 million has been released.

The government also released Rs 9.455 million for establishment of CPEC Support Unit (CSU) for projects and activities in Gwadar Port Authority for which Rs 18.19 have been allocated for current fiscal year.

Likewise, for construction of Centre of Excellence for CPEC, Pakistan Institute of Development Economics (PIDE), the government has so far released Rs 50 million out of Rs 73.8 million while for CPEC support project at ministry of Railways, another Rs 50 million have also been released.