No more chances of entering into FATF's blacklist for Pakistan 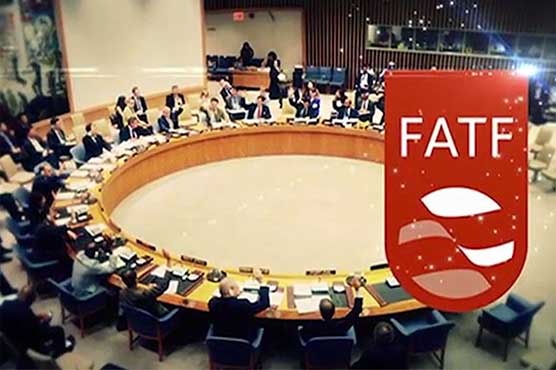 Pakistan is required to implement 27 action points by October, 2020.

PARIS (Dunya News) – Despite of strong opposition and efforts from India, all chances of Pakistan getting into the Financial Action Task Force’s (FATF) black list have diminished as several member states have termed Islamabad’s performance in the implementation of the 27 recommendations about the anti-money laundering and combating financing of terrorism (AML/CFT) mechanism as “commendable”, sources familiar with the matter told the media on Wednesday.

It has been revealed that Pakistan has already obtained the support required to avoid the blacklist, and at this stage, no voting will be done on Pakistan’s exit from the grey list of the FATF as the period of stay in the list is at least two years.

Meanwhile, Pakistan is required to take appropriate measures for the implementation of 27 action points by October 2020.

It has been observed that Pakistan has adopted an effective strategy in the financial sector to curb terror financing and enhanced cooperation between institutions to combat transfer of funds to terrorists.

The staff of non-banking finance sector was informed about measures taken by the state concerning FATF’s action points for AML/CFT.

Moreover, the efforts of the State Bank of Pakistan (SBP) to effectively monitor financial institutions through audits and maintenance of passengers’ data at the airports have been hailed.

The global illicit financing watchdog has also been informed of Pakistan’s strategic plan to restrict smuggling of currency, jewelry and other valuables.

In the light of the FATF recommendations, the Presidential Tax Law (Second Amendment) Ordinance, 2019, was issued to prevent the smuggling of currency and other valuables, which was made applicable from Dec. 26, 2019.

Under the ordinance, strict penalties were to be imposed on smuggling of foreign currency, gold and diamonds.

The government, through a presidential ordinance introduced significant changes to tax laws to implement concessions promised to traders, reduce duty on import of low-value mobile phones, and penalise currency smugglers.

The 24-page ordinance was notified on Dec 28, but released to the media on Jan. 1. The amendments were also applied to income tax, sales tax and customs duty.

The ordinance was issued in order to enable sharing of information between the Federal Board of Revenue (FBR) and Financial Monitoring Unit (FMU) to facilitate the latter to perform its functions as laid down in the Anti-Money Laundering Act, 2010, and to ensure compliance with the FATF regulations.

As per the details issued by the FBR, necessary amendments have been made under this Ordinance in Customs Act 1969, Income Tax Ordinance 2001, Federal Excise Act 2005 and General Sales Tax Act 1990. The ordinance prohibited carrying currency more than $10,000 and has ordered confiscating the amount being carried more than that, and the imposition of penalty according to the value of the currency.

To penalise persons found illegally carrying foreign currency ranging between $10,000 and $200,000 or above, varying degrees of penalties have been proposed, from a mere fine to imprisonment of up to 14 years.

Carrying precious metals, gold more than 15 tolas, silver, diamonds and jewelry has also been prohibited, and if caught in smuggling, not only the valuable(s) will be confiscated by the authorities but fine equal to the value of the object being smuggled will be imposed.

To penalise individuals found illegally carrying gold ranging between 16 and 500 tolas or above, varying degrees of penalties have been proposed, from a mere fine to imprisonment of up to 14 years.

Traders being individuals and having a turnover up to Rs100m will not be required to act as a withholding agent under Section 153 of the ordinance. The condition to qualify for a Tier-1 retailer has been amended so as to increase the threshold of electricity consumption from Rs600,000 to Rs1,200,000.

The government has introduced several amendments to the Income Tax Ordinance for encouraging investment in the local debt market and simplifying the tax regime for non-resident companies.

In the previous FATF review held in October, it was found that while Pakistan has made significant improvements, it will have to take "extra measures" for "complete" elimination of terror financing and money laundering.

Recently, China, which now chairs the FATF, issued a list of priorities for its presidency, which includes “closely monitoring and reporting on the financing of ISIL, AQ and Affiliates”.

It also highlights the need to “work on confiscation and asset recovery; best practices to improve the transparency of beneficial ownership”.

But it does not mention Pakistan. In a statement issued after FATF’s October 2019 meeting in Beijing, China warned against targeting Pakistan to please others (India) and hailed Islamabad’s effort to fight terrorist financing and money laundering.

Malaysia also supports Pakistan’s efforts to get off the grey list. And the support of these three countries is enough to block India’s moves to blacklist Pakistan.

Pakistan was previously placed on the grey list in 2012-2015 but was removed in 2016 after legislating drastic reforms to its anti-money laundering and counter-terrorist financing regulations. Pakistani officials pleading the country’s case in Paris believe that if they convince a few Western nations that the actions they have taken since the last FATF meeting in October 2019 would eradicate terrorist financing, Islamabad could be out of the grey list.

Quarterly assessments by the FATF of Pakistan’s progress continued over the course of the year 2019. Currently, only Iran and North Korea are on the blacklist.

The FATF is an intergovernmental organisation founded in 1989 on the initiative of the G7 to develop policies for combating money laundering. In 2001 its mandate was expanded to include terrorism financing. It monitors progress in implementing the FATF recommendations through mutual evaluations of member countries. 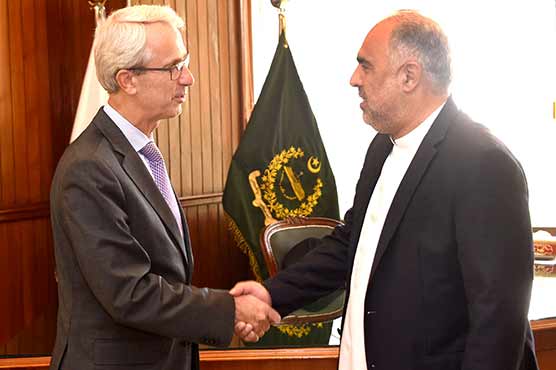 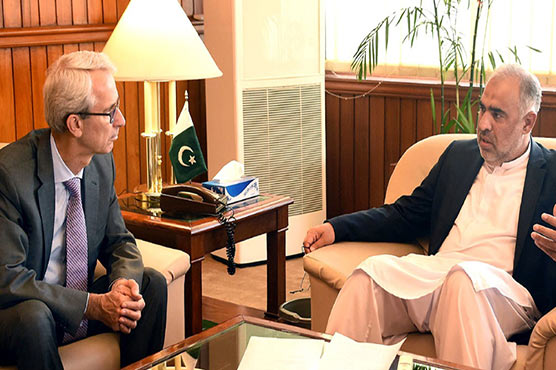 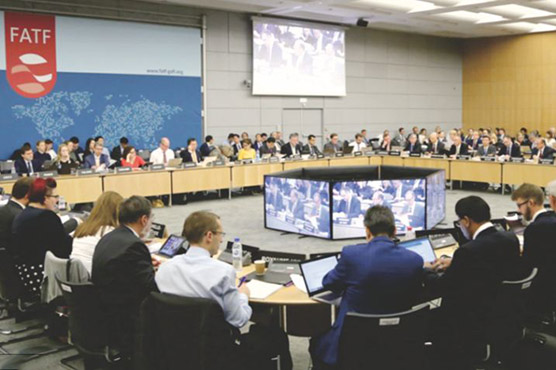 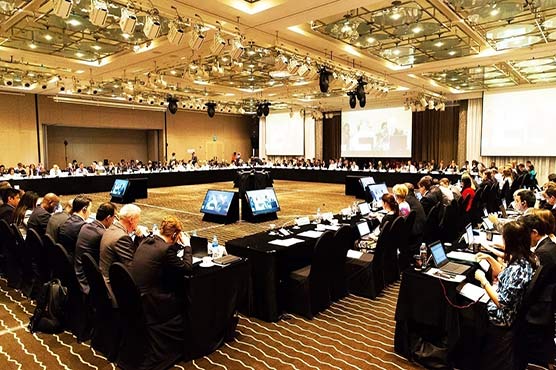