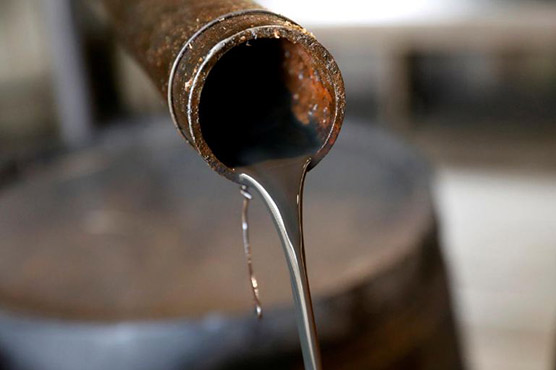 After paring their gains, both benchmarks ended the week little changed.

“The U.S.-China situation isn’t looking very positive, so that took some of the steam out of the rally you had this week,” said John Kilduff, a partner at Again Capital Management in New York.

Uncertainty over whether the United States and China will be able to reach a partial trade deal that would lift some pressure on the global economy kept a lid on prices.

Chinese President Xi Jinping on Friday said China wants to work out an initial trade pact with the United States and has been trying to avoid a trade war but is not afraid to retaliate when necessary.

China has invited top U.S. trade negotiators for a new round of face-to-face talks in Beijing as efforts continue to strike at least a limited deal, the Wall Street Journal reported on Thursday, citing unidentified sources.

“The key factor for the demand outlook for oil is the trade negotiation,” said Michael McCarthy, chief market strategist at CMC Markets and Stockbroking in Sydney.

“With oil near the top of recent trading ranges, it’s no surprise to see a bit of selling pressure.”

Prices rallied to their highest since late September on Thursday after Reuters reported that the Organization of the Petroleum Exporting Countries (OPEC) and Russia are likely to extend existing production cuts by three more months to mid-2020 when they meet over Dec. 5-6.

The group will also emphasize the need for stricter deal compliance from the likes of Iraq and Nigeria.

“A disciplined approach from Iraq and Nigeria should shave off another 300-400,000 barrels per day (bpd) from the group’s production level leading to a balanced market in the first half of 2020 and to a possible supply deficit in the second half,” said oil brokerage PVM.

The current agreement is for a production cut of 1.2 million bpd until the end of March.

News of the biggest drawdown for three months in U.S. crude stock stockpiles at Cushing, Oklahoma, also underpinned prices this week. Cushing is the delivery point for WTI futures.