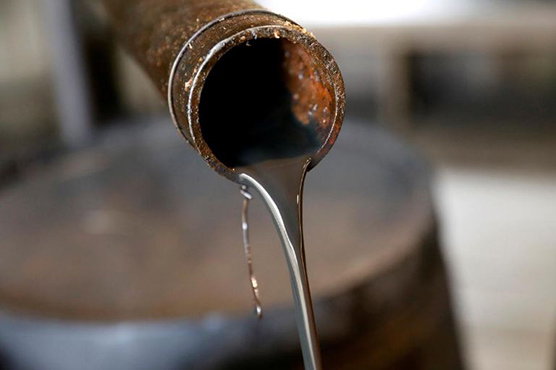 SINGAPORE (Reuters) – Oil prices retreated on Thursday as a spat over Hong Kong added to worries of a delay in any U.S.-China trade deal, after posting steep gains in the previous session on bullish U.S. crude inventory data.

The trade war between the world’s two biggest economies has dominated the outlook for future oil demand, and trade experts have warned the completion of a “phase one” U.S.-China trade deal could slip into next year.

“The trade talks are driving prices. I think you can draw a straight line vector between the price of oil and sentiment around trade,” said Stephen Innes, market strategist at AxiTrader.

“I view the (U.S.-China) deal as massive. A trade deal would allow held-back business investment decisions to move forward and possibly turn around the faltering momentum in Indian oil import demand, which could soak up a large portion of the supply glut.”

Among the latest trade row hurdles, China condemned a U.S. Senate bill aimed at protecting human rights in Hong Kong, while U.S. President Donald Trump said he is inclined to raise tariffs on Chinese imports if a trade deal is not reached.

A big drawdown of crude stocks at the U.S. delivery hub of Cushing, Oklahoma, however, propelled oil prices higher on Wednesday.

Crude stocks at the Cushing fell by 2.3 million barrels, while U.S. crude inventories rose by 1.4 million barrels in the week to Nov. 15, compared with expectations for an increase of 1.5 million barrels, data from the Energy Information Administration showed.

Russian President Vladimir Putin said on Wednesday that Russia and OPEC have ‘a common goal’ of keeping the oil market balanced and predictable, and Moscow will continue cooperation under the global supply curbs deal.

The Organization of the Petroleum Exporting Countries (OPEC) meets on Dec. 5 in Vienna, followed by talks with a group of other exporters, including Russia, known as OPEC+.