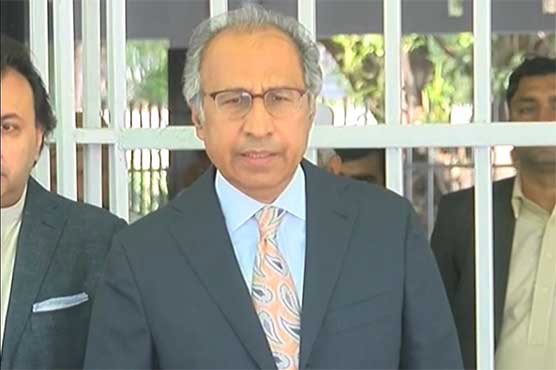 He said that the asset profile of around 53 million people was unveiled through FBR portal.

(Web Desk) – The economic team of the government has reiterated that the Asset Declaration Scheme could be the best opportunity for citizens of Pakistan to declare their undeclared assets by June 30 before Benami law comes into force.

Advisor to Prime Minister on Finance, Revenue and Economic Affairs, Dr Abdul Hafeez Shaikh, State Minister for Revenue Hammad Azhar, Federal Board of Revenue Chairman Shabbar Zaidi replied various questions by people from different walks of life, during an exclusive programme broadcasted on the national television, to motivate people towards documentation and remove their apprehensions about the scheme.

The sdvisor said that the aim of the scheme was to motivate people to document their assets.

He said that enhancing tax collection was imperative to carry forward the development work in the country and deplored that Pakistan was having lowed tax to GDP ratio in the region.

The advisor clarified that whosoever earns outside and pays taxes there, his/her money is already whiten and need not to avail ADS.

On the occasion, Azhar said that documentation efforts failed due to previous governments’ half-hearted efforts, while the current government had made considerable progress towards documentation within just ten months.

He said that the asset profile of around 53 million people was unveiled through FBR portal.

Zaidi said refunds availability would for all including the exporters.

He said from Monday, there would be no concept of non-filer in Pakistan, and all persons who had a certain limit of income must have to file their tax returns.