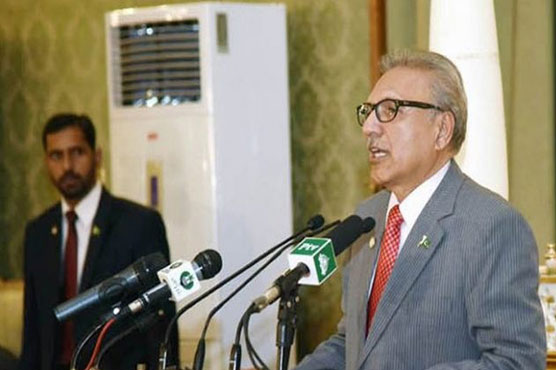 The president appreciated IDB's support for the Polio Eradication Programme.

(APP) – President Dr Arif Alvi Friday said that Pakistan and Islamic Development Bank (IDB) had a longstanding partnership and the country intended to continue to work closely with the latter.

Talking to President of the IDB Dr. Bandar M.H. Hajjar, who called on him at Aiwan-e-Sadr, here, the president emphasized that the incumbent government was undertaking reforms to steer the economy out of current economic challenges.

In this regard, he said the government was focused on fiscal consolidation, monetary policy and fiscal inclusion.

He underlined that the government was also focusing on affordable housing and small and medium enterprises sectors to boost employment opportunities and economic growth.

The president highlighted that the first phase of the CPEC projects were about to complete and now the government was focusing on the second phase that included the establishment of Special Economic Zones which would transform Pakistan’s transport network into an economic corridor.

He pointed out that the investors from all over the world were keen to invest in Pakistan due to its liberal investment regime and rising economic opportunities.

The president appreciated IDB’s support for the Polio Eradication Programme. He also expressed confidence that existing excellent bilateral cooperation between Pakistan and IDB would further strengthen in the years ahead.