Pakistan in no rush to strike deal with IMF: Finance Minister 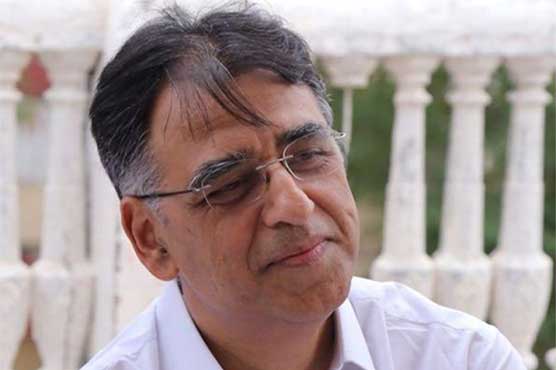 Pakistan in no rush to strike deal with IMF: Finance Minister

ISLAMABAD (Web Desk) - Finance Minister Asad Umar says Pakistan is in no rush to strike a deal with International Monetary Fund to deal with its balance-of-payments issue.

In an interview with Saudi daily Arab News, he said funding from friendly countries would help shore up the economy over the remaining current financial year.

Asad Umar said we are in discussions with IMF and trying to reach the outlines of the program. However, he said we will go ahead and sign the programme only if it is in the best interests of Pakistan’s economy.

The Finance Minister said Pakistan has satisfied all concerns raised by the IMF and US officials with regard to CPEC.

About trade with India, he ruled out any discussions in this regard before general elections there next year. Asad Umar said Pakistan would not take any unilateral step to grant Most Favoured Nation trade status to India.

On the government’s promise of attracting investment from overseas Pakistanis, he said rules for a diaspora bond were approved by the Cabinet a week ago and the bond would be issued late this month or next month.