France, Germany call on US to end aid for Boeing 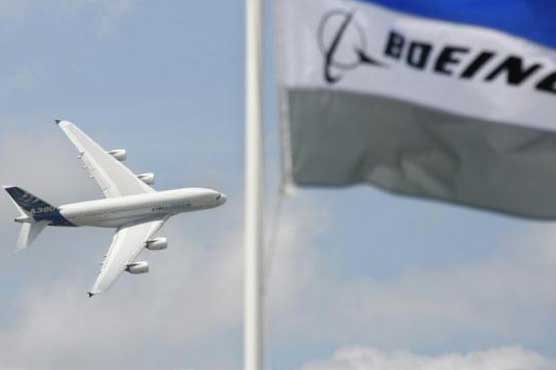 EU officials accuse the United States of having given Boeing billions of dollars in subsidies.

TOULOUSE (AFP) - The French and German economy ministers on Monday called on Washington to end what European governments consider illegal subsidies for US plane manufacturer Boeing.

"The two governments call on the United States to engage in fair competition and not in competition that relies on billions of dollars in subsidies," German Economy Minister Sigmar Gabriel said during a visit to the headquarters of Airbus with his French counterpart Arnaud Montebourg.

"We expect the European Commission, in its current trade negotiations, to attract the attention of the United States on that fact that they are violating WTO (World Trade Organisation) rules by giving subsidies to their industry."

Montebourg added that France was striving for European states "to back the world champion that is Airbus."

EU officials accuse the United States of having given Boeing billions of dollars in subsidies by providing the aviation giant with tax breaks on US territory.