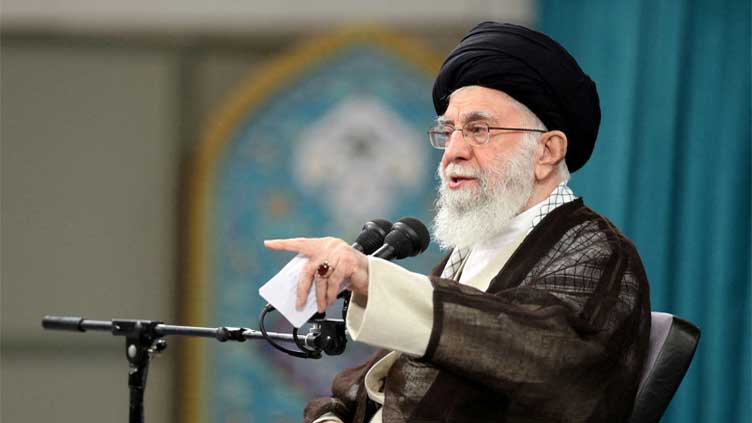 DUBAI (Reuters) - A sister of Iran’s Supreme Leader Ayatollah Ali Khamenei has condemned his crackdown on nationwide protests and called on the widely-feared Revolutionary Guards to lay down their weapons, according to a letter published by her France-based son.

Iran has been gripped by unrest since the death of 22-year-old Kurdish Iranian woman Mahsa Amini in police custody on Sept 16., and is facing a three-day general strike movement which started on Monday.

Badri Hosseini Khamenei, who lives in Iran and is the sister of Ayatollah Khamenei, criticised the clerical establishment starting from the time of the Islamic Republic’s late founder Ayatollah Ruhollah Khomeini to her brother’s rule, the letter, dated "December 2022", said.

"I think it is appropriate now to declare that I oppose my brother’s actions and I express my sympathy with all mothers mourning the crimes of the Islamic Republic, from the time of Khomeini to the current era of the despotic caliphate of Ali Khamenei," she wrote in the letter which was shared on Wednesday on the Twitter account of her son, Mahmoud Moradkhani.

"Ali Khamenei’s Revolutionary Guards and mercenaries should lay down their weapons as soon as possible and join the people before it is too late," the letter said.
The Revolutionary Guards are Iran’s elite force which has helped the country’s establish proxies across the Middle East, and runs a vast business empire.

On Tuesday, the elite force shared a statement calling on the judiciary to "not show mercy to rioters, thugs and terrorists", in a sign that the authorities have no intention of easing their fierce crackdown on dissent.

Iran’s judiciary spokesman, Masoud Setayeshi, said on Tuesday that five people indicted in the killing of Basij militia member Rouhollah Ajamian were sentenced to death in a verdict which they can still appeal.

In November, Khamenei’s activist daughter Farideh Moradkhani was arrested by authorities after calling on foreign governments to cut all ties with Tehran.

Videos shared on Twitter by 1500tasvir, an account that has 385,000 followers and focuses on Iran’s protests, showed closed shops in commercial streets of Tehran, Isfahan, Ilam, Kermanshah, Najafabad, Arak, Babol, and Shiraz where security forces were forcing shopkeepers to open up their stores.

Reuters could not verify the videos.

President Ebrahim Raisi meanwhile gave a speech at the University of Tehran to mark Student Day.

Some students outside the main reception hall shouted "dishonourable" and "students will die but won’t accept this government." A video shared by 1500tasvir showed students getting into verbal fights with plain clothed security forces.

Students protested in several universities across Iran such as Amir Kabir University in the capital, where they called for the "downfall of the whole regime" and shouted "death to Khamenei" according to footage shared by 1500tasvir.

In the northeastern city of Mashhad, students gathered outside Ferdowsi University and were threatened by people riding in a pick up truck who warned them they would be "summoned" and that it would end badly for them.