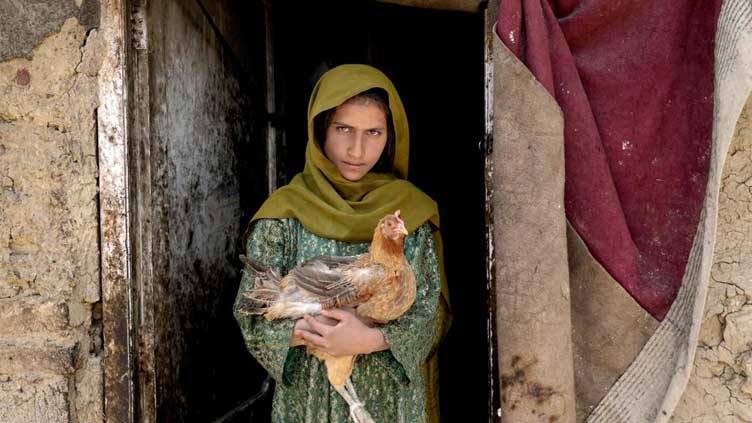 KABUL, Afghanistan (AP) — More Afghans will be struggling for survival as living conditions deteriorate in the year ahead, a top official of the International Committee of the Red Cross said in an interview, as the country braces for its second winter under Taliban rule.

The religious group’s seizure of power in August 2021 sent the economy into a tailspin and fundamentally transformed Afghanistan, driving millions into poverty and hunger as foreign aid stopped almost overnight.

“The economic hardship is there. It’s very serious and people will struggle for their lives,” Martin Schuepp, director of operations at the Red Cross, said in an interview late Sunday.

Sanctions on Taliban rulers, a halt on bank transfers and frozen billions in Afghanistan’s currency reserves have already restricted access to global institutions and the outside money that supported the country’s aid-dependent economy before the withdrawal of U.S. and NATO forces.

The onset of winter will compound the acute humanitarian needs that half the country is already facing, Schuepp pointed out.

“Prices are spiking due to a whole set of reasons, but also the issue of sanctions has led to massive consequences,” he said. “We see more and more Afghans who are having to sell their belongings to make ends meet, where they have to buy materials for heating while at the same time have to face increasing costs for food and other essential items.”

Sanctions are a challenge in getting aid and the necessary supplies tothe country in a timely fashion, and it is key that all sanctions have humanitarian exemptions so organizations like the ICRC could continue their work, he said.

The Red Cross is already paying the salaries of 10,500 medical staff every month to ensure basic healthcare services stay afloat, he added.

“We are very conscious that it’s not our primary role to pay for salaries of medical staff. As a humanitarian organization, we are not best placed to do that. We have done so exceptionally to ensure that services continue to be provided.”

Schuepp, who was making his first visit to Afghanistan as director of operations since the Taliban takeover, said the agency was feeding most of the country’s prison population. He was unable to immediately say how many prisoners there were in Afghanistan.

“We have stepped up our support to prisons and prisoners, ensuring that food is being provided in the prisons throughout the country,” he said. “Today, about 80% of the prison population benefits from such food support.”

He described the Red Cross’ role as a “stop-gap measure” that had become necessary following the collapse of the U.S.-backed Afghan government once Washington began its final withdrawal of troops in August 2021.

The Red Cross has tried “to make sure that basic services continue” in prisons under Taliban rule, he said.

No country in the world has recognized the Islamic Emirate of Afghanistan, as the Taliban call their administration, leaving them internationally isolated. The religious group previously ruled Afghanistan in the 1990s and was overthrown by a U.S. invasion in 2001.