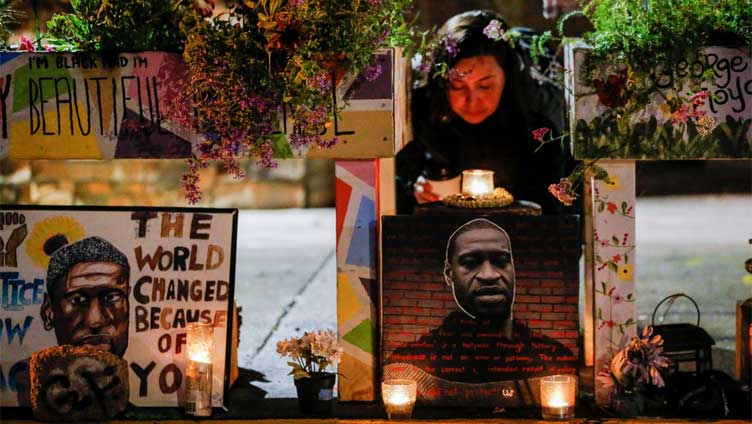 (Reuters) - A former Minneapolis police officer who pleaded guilty to a state charge of aiding and abetting in the killing of George Floyd, a Black man whose death outraged people around the world, was sentenced to three years in prison on Wednesday.

Thomas Lane appeared via video link at his brief sentencing hearing in Hennepin County District Court from a federal prison in Colorado, where he is already serving a sentence of 2-1/2 years after a jury found him guilty in February on federal charges of violating Floyd’s civil rights.

Lane, 39, was one of four officers involved in the deadly arrest of Floyd on May 25, 2020, outside a Minneapolis grocery store where he was suspected of using a counterfeit $20 bill to buy cigarettes.

Lane’s colleague Derek Chauvin, who is white, was captured in bystanders’ cellphone video kneeling on the neck of a handcuffed, dying Floyd for more than nine minutes. The video sparked daily protests against racism and police brutality in cities across the United States.

A jury found Chauvin guilty of unintentional second-degree murder, among other charges, at a state trial in 2021 and he was sentenced to 22-1/2 years. In July, Chauvin received a concurrent sentence of 21 years in prison on federal charges of violating Floyd’s civil rights.

Lane, who is also white, accepted a plea deal with prosecutors from the Minnesota attorney general’s office earlier this year. Tou Thao and Alexander Kueng, the other officers involved, were also found guilty of the federal civil right charges, but have pleaded not guilty to state charges of aiding and abetting Floyd’s murder, and face trial in October in Hennepin County.

Lane and Kueng helped pin down Floyd’s legs and buttocks during the brutal arrest, while Thao kept back horrified bystanders who screamed at the officers to get off Floyd, who screamed for his life before falling unconscious.