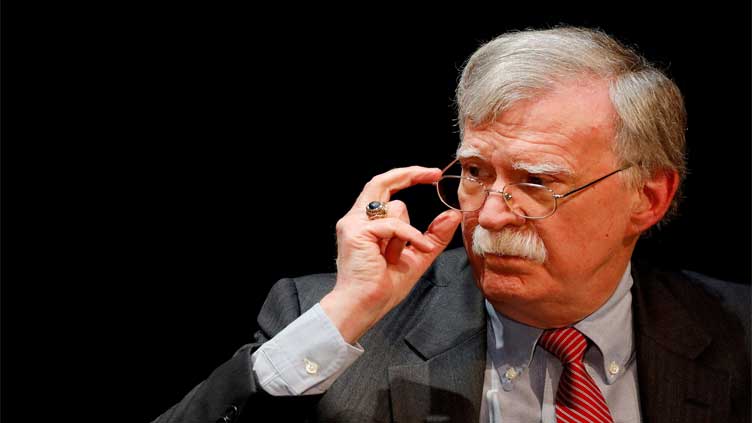 The Justice Department alleged that Shahram Poursafi, also known as Mehdi Rezayi, 45, of Tehran, was likely motivated to kill Bolton in retaliation for the death of Qassem Soleimani, a commander of Iran’s Islamic Revolutionary Guard Corps killed in a U.S. drone strike in January 2020.

Poursafi was also prepared to pay $1 million for a second "job," the department said.

Trump-era Secretary of State Mike Pompeo was the second target, according to Morgan Ortagus, who served as State Department spokesperson during his tenure. The Justice Department did not immediately comment.

Iran does not have an extradition treaty with the United States, and Poursafi remains at large. The FBI on Wednesday released a most-wanted poster.

"Iran strongly warns against any action against Iranian citizens under the pretext of these ridiculous and baseless accusations," Foreign Ministry spokesman Nasser Kanaani said.

Washington does not believe the charges should affect talks with Tehran on reviving the 2015 nuclear deal under which Iran curbed its nuclear program in return for sanctions relief, a U.S. official said on condition of anonymity.

However, it was not clear how the Revolutionary Guard - a powerful political faction in Iran which controls a business empire as well as elite armed and intelligence forces that Washington accuses of a global terrorist campaign - might react to the charges.

Indirect talks between the United States and Iran wrapped up in Vienna on Monday with European Union officials saying they had put forward a final text to resuscitate the nuclear deal, which Trump abandoned in 2018.

According to the criminal complaint, Poursafi asked a U.S. resident identified only as "Individual A" to photograph Bolton, under the guise that the photos were needed for a forthcoming book. The U.S. resident then introduced Poursafi to a covert government informant who could take the photographs for a price.

Investigators said the following month Poursafi contacted the informant on an encrypted messaging application and offered the person $250,000 to hire someone to "eliminate" Bolton - an amount that would later be negotiated up to $300,000.

When the informant asked Poursafi to be more specific in his request, he said he wanted "the guy" purged and provided Bolton’s first and last name, according to a sworn statement in support of the complaint.

He later directed the informant to open a cryptocurrency account to facilitate the payment.

In subsequent communications, he allegedly told the informant it did not matter how the killing was carried out, but that his "group" would require a video as proof that the deed was done.

"I think it’s quite correct to say many other Americans are in the targets of this regime," Bolton told the network. "It tells you what the regime is. It tells you about its character."