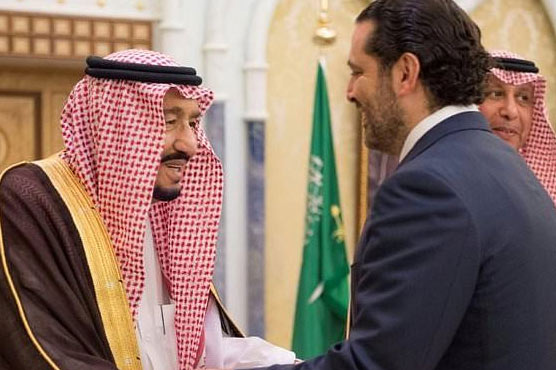 Saudi Arabia on Thursday urged its citizens to leave Lebanon "as soon as possible", days after Lebanese prime minister Saad Hariri announced his resignation while visiting the kingdom.

A foreign ministry source, quoted by state news agency SPA, also called on Saudis not to travel to Lebanon, but without specifying any threat.

"Due to the situation in the Republic of Lebanon, the kingdom asks its nationals visiting or living in Lebanon to leave as soon as possible, and advises its citizens not to travel there," the source said.

On November 4, Hariri announced in a televised speech from Saudi Arabia that he was stepping down, citing Iran s "grip" on Lebanon and threats to his life.

The shock announcement raised fears that Lebanon -- split into rival camps led by Hariri and the Iranian-backed movement Hezbollah -- could once again descend into violence.

Hariri, who also holds Saudi nationality and whose wife and children live in the kingdom, has since met Saudi King Salman and travelled to the United Arab Emirates, according to official media in the Gulf states.

The resignation coincided with the announcement in Saudi Arabia of an anti-corruption purge in which dozens of princes, ministers and businessmen have been rounded up.

Bahrain, a close ally of Saudi Arabia, advised its citizens against travel to Lebanon a day after Hariri s announcement.