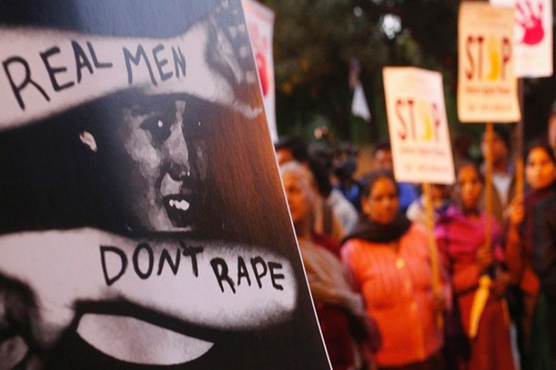 A court in India on Tuesday found two of the girl’s uncles, both brothers, guilty of rape with sentencing set for later this week, according to the Hindustan Times. Photo: Reuters

(Thomson Reuters Foundation) - Two Indian men were convicted on Tuesday of raping their 10-year-old niece in a case that hit global headlines when the girl was denied an abortion by India’s top court and had to give birth, local media reported.

The girl was 30 weeks pregnant in July when a court in the northwestern city of Chandigarh turned down her abortion plea as she was too far advanced. Indian law does not allow terminations after 20 weeks unless the mother’s life is in danger.

The girl did not know she was pregnant and was unaware she delivered a baby girl in August as her parents told her she was undergoing stomach surgery to remove a stone. The baby was put up for adoption.

A court in India on Tuesday found two of the girl’s uncles, both brothers, guilty of rape with sentencing set for later this week, according to the Hindustan Times.

The girl, whose identity has been kept secret, initially told police and child welfare activists that she had been raped several times over recent months by the first uncle, who is aged in his 40s.

But after DNA tests did not link him to the baby, police began searching for more suspects and a second uncle was arrested.

An increasing number of such cases have come to the courts in recent years with as many as 10,854 cases of child rape reported in India in 2015, according to the National Crime Records Bureau.

In May, a court allowed another 10-year-old girl allegedly raped by her stepfather to undergo an abortion.

Activists say awareness of, and reporting of, sexual violence against women has risen since a fatal gang-rape of a student on a bus in New Delhi in 2012, which sparked nationwide protests and a tightening of the law.

But sexual violence against children remains a taboo topic, with most cases going unreported.

Bollywood celebs and their humble jobs before entering showbiz