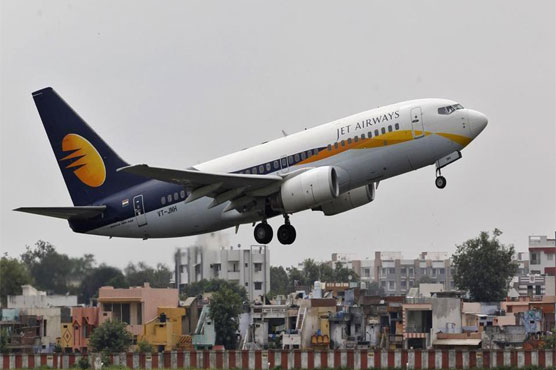 The note discovered by the air-hostess was written in Arabic and English.

AHMEDABAD (Daily Dunya) - A Delhi-bound Jet Airways flight from Mumbai made an emergency landing at Ahmedabad airport when a note found on the plane threatened the presence of hijackers and explosive materials on board.

The note discovered by the air-hostess was written in Arabic and English. It warned the pilot not to land at Delhi and instead fly the aircraft to Azad Kashmir. It further claimed there were 12 hijackers and explosives on the flight.

After the emergency landing, all the 122 passengers and seven crew members were deplaned after which the plane underwent a thorough security check.

According to Indian Civil Aviation Authority, the passenger involved in the incident has been identified and will be barred from air travel while including his name in no-fly list.