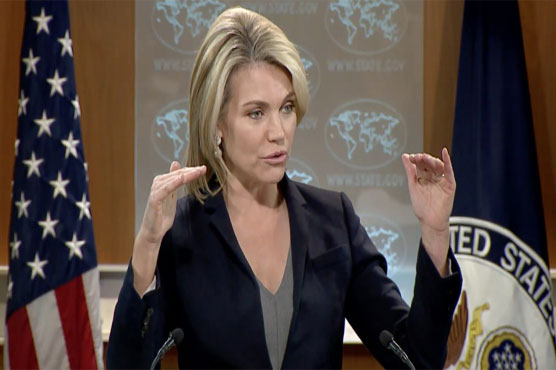 The United States and Turkey made substantial progress during talks to resolve an ongoing visa row.

WASHINGTON (AFP) - The United States and Turkey made "substantial progress" during talks to resolve an ongoing visa row, but Washington continues to protest over the arrests of Turkish employees from its diplomatic missions, the State Department said Thursday.

Nauert added the United States "will remain engaged" in order to "address the relevant issues with a view to restore a normal visa procedures swiftly."

Already-strained relations between the NATO allies deteriorated further early this month after a court formally charged an Istanbul mission staffer with espionage and seeking to overthrow the Turkish government.

In reaction to the employee s arrest, the US ambassador October 8 announced the suspension of all visa services in Turkey, except immigrant visas. Ankara responded with similar measures.

According to Washington, two of its Turkish diplomatic mission staff were arrested this year, while a third was summoned by prosecutors.

"The government of Turkey has still not provided us the evidence," Nauert said Tuesday, referring to the accusations of "terrorist-tied activity" against the employees.

"If they have evidence, by all means do provide it," she added.