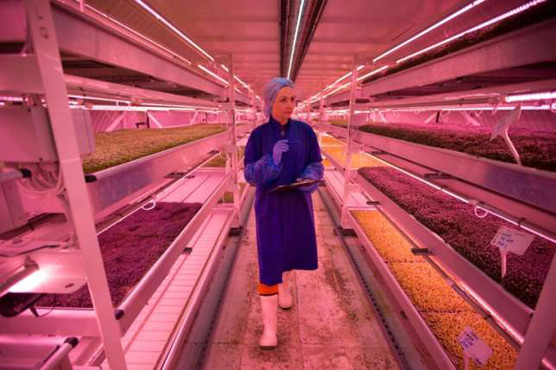 Under an anonymous back street in south London lies a vast underground air-raid shelter that has been turned into a pioneering urban farm supplying supermarkets and restaurants in the capital. Photo: AFP

(AFP) - The World War II shelter in Clapham, which could protect up to 8,000 people from Nazi German bombs, consists of two large tunnels that were intended to one day become an extension of the London Underground.

That never happened and the shelter lay abandoned for 70 years until two entrepreneurs, Steven Dring and Richard Ballard, decided to grow broccoli, coriander, fennel and a host of other vegetables as so-called micro leaves, also known as micro herbs, grown from seedlings but harvested early when the first leaves form.

"We need to create these new fertile spaces" to meet increased demand from a growing global population, Dring told AFP on a visit to the

Staff wear protective clothing and there is a strong smell of vegetables and humidity in the shelter.

The vegetables are grown with hydroponics, using nutrient solutions in a water solvent instead of soil.

The technique can also be used to grow a wide range of produce including tomatoes and baby peppers, Dring said.

The only other ingredient required is light.

The tunnels have no natural light and are illuminated with pink LEDs, giving them a futuristic look.

The intensity of the light changes to imitate daylight, but with one major difference -- the lights are dimmed during the day and shine brightest at night, as electricity is cheapest then.

"We predominantly grow micro herbs, which are standard herbs, from different seeds.

"But what we do is we grow them to a very small stage, before the first true leaves start to come out," Dring said. 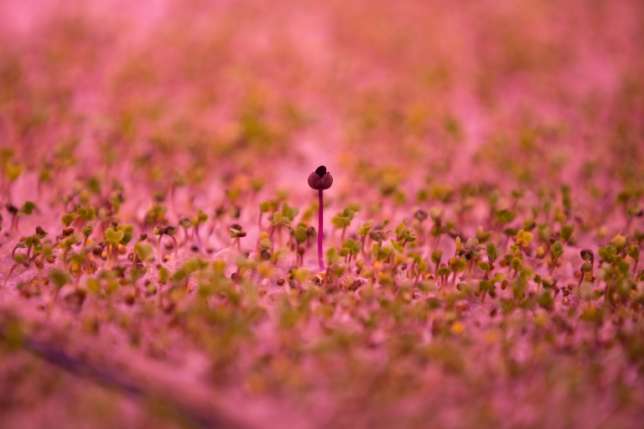 Under an anonymous back street in south London lies a vast underground air-raid shelter that has been turned into a pioneering urban farm supplying supermarkets and restaurants in the capital. Photo: AFP

The micro herb broccoli takes between three and five days to grow before being packaged up in the shelter and sent off.

Fans enthuse about the intensity of the flavours of the produce.

Customers include Marks and Spencer which offers the produce in some of its supermarkets, several stalls at London s Borough Market and many restaurants -- helped by the patronage of celebrity chef Michel Roux Jr. of Le Gavroche.

Dring and Ballard latched onto the concept of vertical farming -- producing food in vertically stacked layers -- which was developed by US biologist Dickson Despommier in his 2010 book "The Vertical Farm: Feeding the World in the 21st Century".

The operation takes up some 200 metres (656 feet) of the 1,000 metres available in the air-raid shelter tunnel, half for growing while the other half is used for packaging.

Their request to use the air-raid shelter in Clapham was eagerly taken up by the owners of the space, London s public transport company. 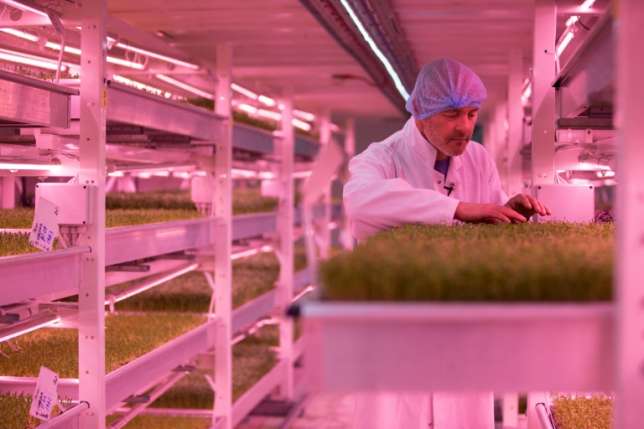 This type of farming is "100 times cheaper" than setting up an urban farm on the surface, Dring said.

Their customers say they are happy with the result.

"I think the story is fantastic," said Charlie Curtis, an agronomist at Marks and Spencer supermarket chain.

"I think we all love to think that our food is grown locally to us but I think also the product sells itself. The quality is fantastic and the flavour is like something I ve never had before," she said.

Experts say vertical and urban farming could be ways not only of facing up to population growth but also growing urbanisation worldwide as well as climate change.

Nottingham University s Centre for Urban Agriculture said on its website that urban farms create jobs, reduce transport costs and pollution as well as offering an "opportunity to develop technologies".

The "Growing Underground" project sends its data on humidity, temperature and plant growth to Cambridge University to try and improve efficiency. 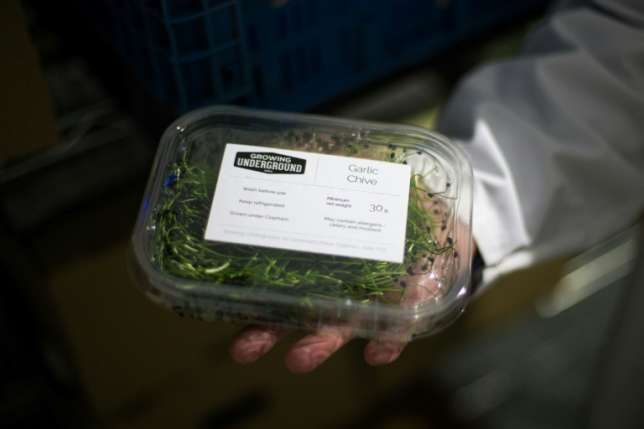 Vegetables in this underground farm in London are grown with hydroponics, using nutrient solutions in a water solvent instead of soil. Photo: AFP

"What these guys are doing is modelling for us which one is the optimum environment for each product," Dring said.

Every day is the same in the underground farm and there are no seasons, or unpredictable British weather.

He added: "There s nothing that stands as a major challenge, apart from building a farm underneath London".