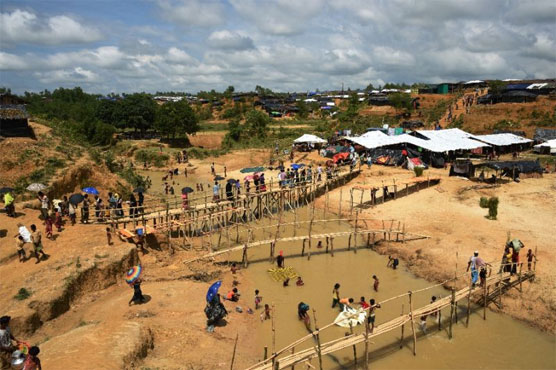 KUTUPALONG, Bangladesh (AFP) - Two hours’ walk from the nearest road, with no toilets or clean water and little proper shelter, the vast area of scrubland Bangladesh has set aside for more than 400,000 Rohingya refugees is a miserable place to call home.

Over the last week, Bangladesh authorities have cleared hundreds of thousands of newly-arrived refugees from roadsides and private land near the border with Myanmar where they had set up camp, and ordered them to head for the 2,000-acre site, an extension of the largest existing camp at Kutupalong.

But almost nothing has been set up for them there.

Bangladesh has for decades been home to Rohingya refugees who live in camps run by the United Nations where they have access to food, sanitation and clean water. 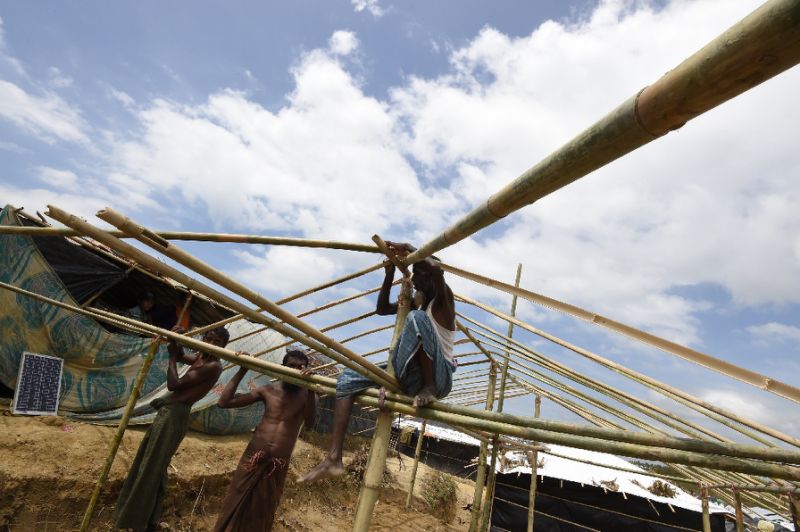 But the poor, overpopulated country is no haven for the estimated 436,000 Rohingya who have arrived in the last month after fleeing violence that the UN has called a "textbook example of ethnic cleansing".

The unprecedented speed and scale of the latest influx has completely overwhelmed the existing camps.

Some of the new arrivals, who now make up the majority of the refugees in Bangladesh, have been taken in by relatives already in those camps, others by local families.

But many more have had to fend for themselves and have headed to the new site known as the Kutupalong Extension, where tents set up by the UN refugee agency quickly filled up.

Newer arrivals have had to haul bamboo poles and tarpaulins up steep, muddy slopes and across rivers swollen by the recent monsoon rains to build makeshift shelters that appear unlikely to survive the upcoming cyclone season. 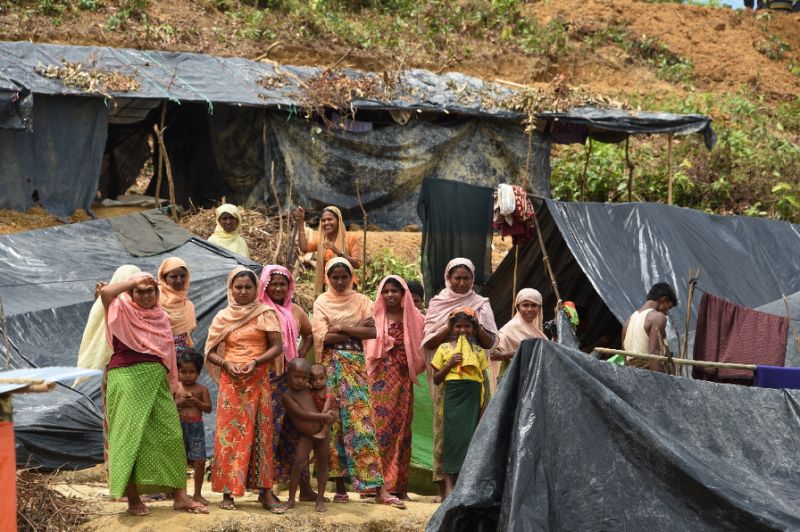 Those makeshift shelters now stretch as far as the eye can see -- even though the United Nations says the site, allocated by the government just 10 days ago, is unfit for habitation.

Every year, cyclones batter this part of the Bangladesh coast, and the season is just weeks away.

As if that wasn’t enough, the area is part of a forest reserve that is home to elephants. Last week two elderly Rohingya refugees were trampled to death as they slept in another part of the reserve.

The UN High Commissioner for Refugees, Filippo Grandi, who visited the area over the weekend, said he had been struck by "the incredible magnitude" of the refugees’ needs.

"Perhaps most urgent is to find them proper accommodation as most of them are in makeshift shelters in areas outside the proper camps."

Bangladesh has only just given the army clearance to start work on constructing an access road to the new site.

Aid agency sources said that last week it was given the funds to build a 20-kilometre (12-mile) road and two bridges.

Until that happens, no aid can be transported in, meaning the refugees have to walk long distances to collect food and water.

But the heavy rains that have turned the area into a quagmire could bring further delays.

No work has yet been done on the construction of 14,000 large shelters that the government said would be built within 10 days after it allocated the land on September 16.

One aid agency source said the government was still figuring out what kind of shelters it should build -- meaning that the process is unlikely to start soon.

The UN says it is not even clear how many people have settled on the new site -- further complicating the already daunting task of providing aid.

An estimated 60 percent of the new refugees are children, but there are no schools for them -- even the ones in the established camps have now been occupied by new arrivals and desks turned into makeshift beds.

Action Against Hunger, which is providing hot meals for new refugees, reports "alarming" rates of child malnutrition, with around six percent of under-fives severely malnourished. 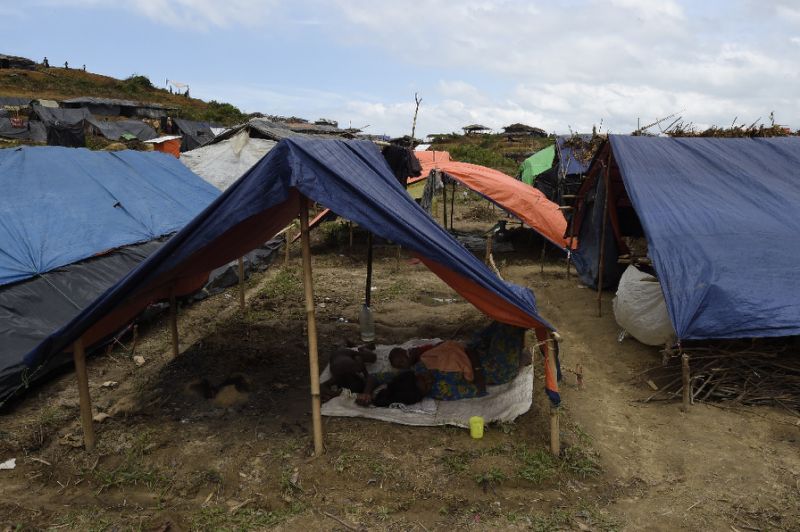 Doctors Without Borders, which has operated in the Rohingya camps for decades, says existing medical facilities are now completely overwhelmed.

It has warned that a public health emergency may be just around the corner, with refugees having to drink water from streams or shallow wells contaminated with excreta.

Nosima Khatun, 30, says she arrived in Bangladesh five days ago with her husband and five children after fleeing her village in Myanmar.

Unable to find space at the established camps, they went to the new site, and now face a four-hour round trip to the main aid distribution spots.

"It takes more than two hours on foot, but we have no food left where we are staying," she said, as her baby wriggled in her arms.

WHO warns of cholera threat in Bangladesh Rohingya camps