KSA releases Iranian fishermen held for over a year 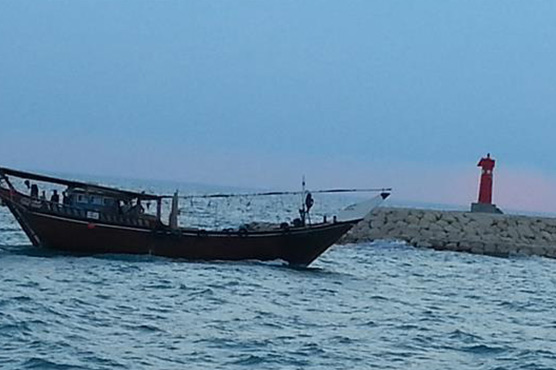 TEHRAN (AFP) - Saudi Arabia released five Iranian fishermen held for over a year, news agencies in Iran reported Thursday, in a rare sign of conciliation between the regional rivals.

The five fishermen were said to have been in custody since they strayed into Saudi waters in May 2016.

"Two fishermen from Genaveh (in southwestern Iran), who are father and son, have been freed and are returning to Genaveh," said Abdolali Sayyadi, head of the local branch of the Red Crescent NGO, according to the IRIB news agency.

"Three other fishermen from Bushehr (a nearby Iranian port), who were freed by Saudi Arabia, are returning to Bushehr by a boat sent to them from the Foroozan oil field," he added.

"These fishermen were arrested in May last year by Saudi marine guards when they unknowingly entered Saudi coastal waters."

The release comes just a week after Iran demanded that three other fishermen detained by Saudi Arabia earlier this month be freed.

Riyadh claimed they were members of Iran s elite Revolutionary Guards aboard an explosives-laden boat heading to an oil platform in the Gulf and planning to carry out a "terrorist attack".

Iran denied the allegations and said another fisherman had been killed by the Saudi coastguard at the time of the arrests.

The two countries, who severed diplomatic ties last year, accuse each other of seeking to dominate the Middle East and are on opposing sides in several regional conflicts.

US urges Qatar and Saudi-led group to 'lower rhetoric'