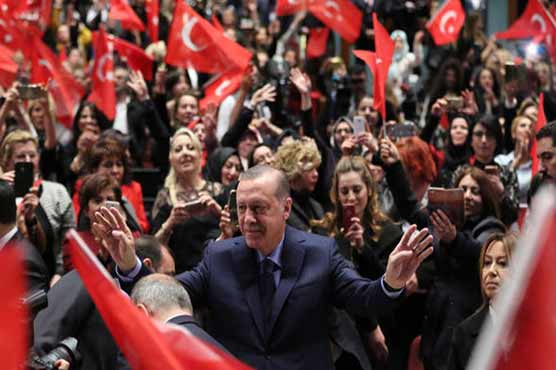 ANKARA (AFP) - Turkey s referendum campaign was conducted on an "unlevel playing field" and the vote count itself was marred by late procedural changes, international observers said on Monday.

"The referendum took place on an unlevel playing field and the two sides of the campaign did not have equal opportunities," said Cezar Florin Preda of the joint mission of the OSCE Office for Democratic Institutions and Human Rights (ODIHR) and the Parliamentary Assembly of the Council of Europe (PACE).

"Late changes in counting procedures removed an important safeguard," Preda added, referring to a move by the election authorities to allow voting documents without an official stamp. The referendum on Sunday was on granting Turkish President Recep Tayyip Erdogan extra powers.

Pakistan extends felicitations to Turkey on outcome of referendum