'Become a suicide bomber' posters pop up across London 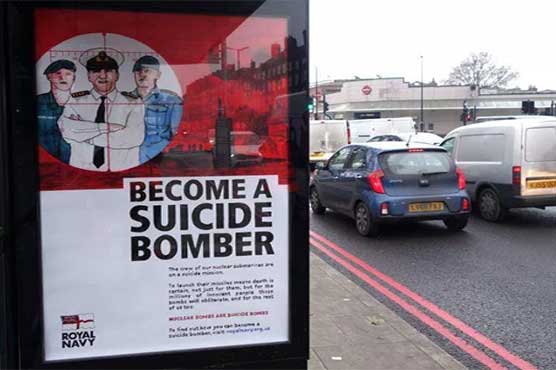 'Become a suicide bomber' posters pop up across London

The campaign is the brainchild of artist Darren Cullen.

The campaign is the brainchild of artist Darren Cullen. 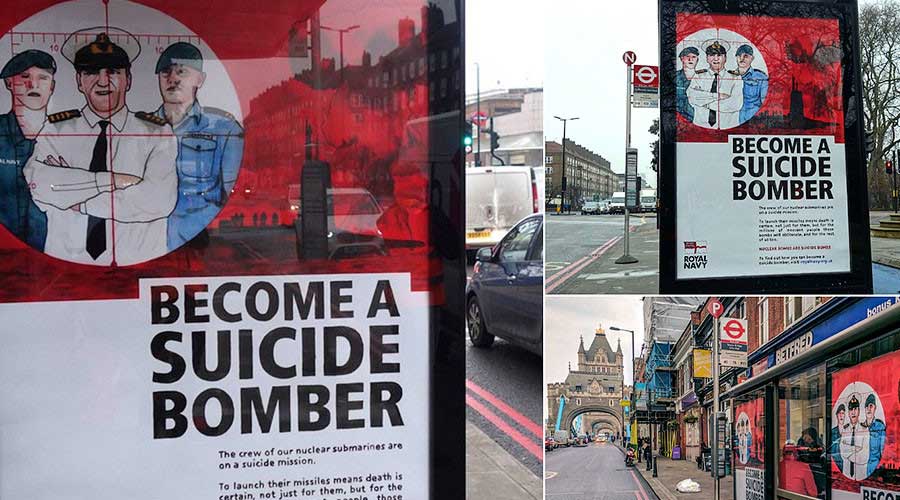 The poster depicts cartoon three Navy personnel wearing uniforms and a red target over their faces. The details of British Navy were also incorporated in poster with a nuclear submarine in the background.

Moreover, the poster has pointed to a job of Navy personnel working in the nuclear submarine which have been tantamount to suicide bombers.

The poster further claims that the crew of our nuclear submarine is on the suicide mission. The missile launch through submarine ensures death, not just for them, but for millions of innocent people too.

While being controversial, the posters have certainly have grabbed the attention of public who swiftly placed copies of satirical posters at bus stops across London.