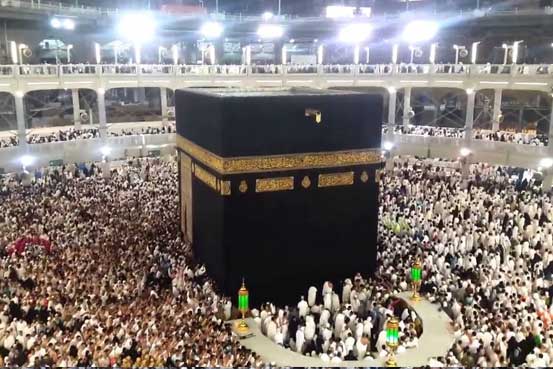 The bracelets will help authorities provide care and identify people.

RIYADH (Web Desk / Reuters) - Saudi Arabia will introduce electronic identification bracelets for all pilgrims to Makkah starting this year, Saudi media said on Thursday, as part of a safety drive a year after the annual Islamic rite suffered its deadliest disaster in a generation.

As many as 2,070 people died in a crush when thousands of pilgrims converged on a walkway intersection near the Muslim holy city of Makkah last September, according to a Reuters count, the highest loss of life at the annual pilgrimage since 1990.

That death toll is based on figures of fatalities provided by countries who repatriated the bodies of their citizens, but Saudi Arabia had put the official death toll at just 700.

Water-resistant and connected to GPS, the devices will also instruct worshippers on timings of prayers and a multi-lingual help desk to guide especially non-Arabic speaking pilgrims around the various rituals of the annual Islamic event. 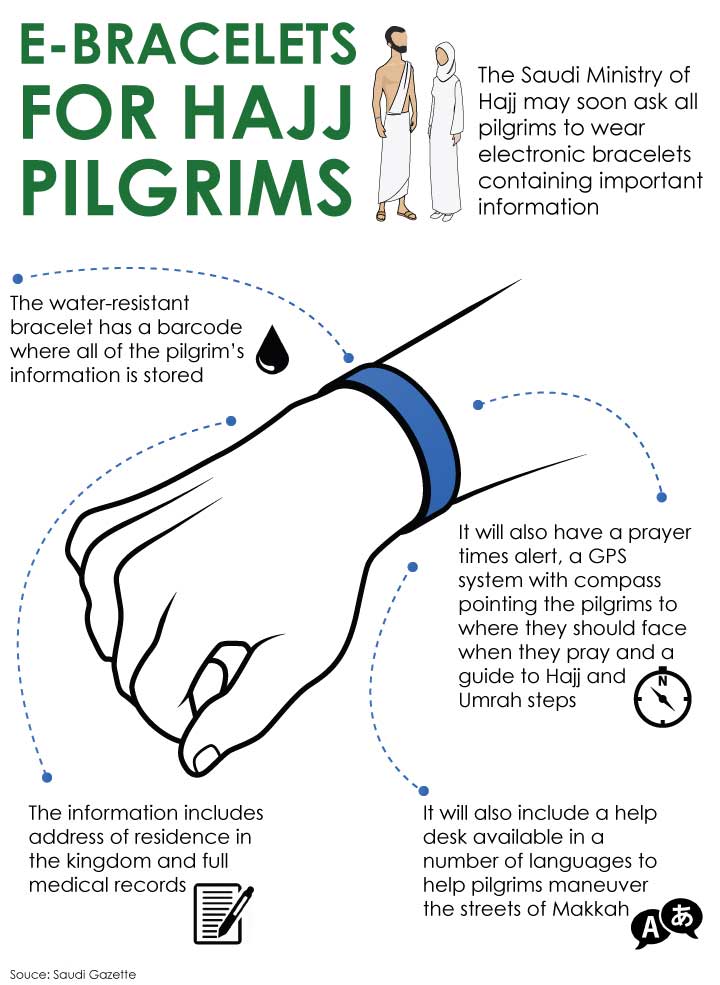 Saudi Arabia oversees the annual pilgrimage to Makkah by more than two million Muslims from around the world.

Hajj, the world’s largest annual gathering of Muslims, has witnessed numerous deadly stampedes, fires and riots in the past with authorities having only limited ability to control the masses.

Safety during the pilgrimage is also at the heart of a dispute with the kingdom’s regional arch-rival, Iran, which lost 400 of its citizens to last year’s stampede.

The two countries have failed to strike a deal for Iranian pilgrims to attend this year’s Hajj, given their lack of diplomatic relations. Iran’s leadership said in May it remained "very concerned" for the safety of Iranian pilgrims.