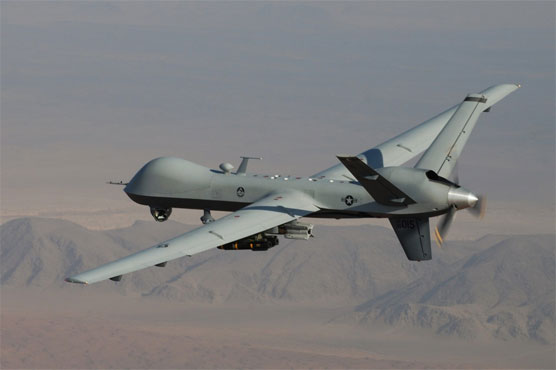 The drone targeted a vehicle at the entrance to a presidential palace in Mukalla.

ADEN (AFP) - Four suspected Al-Qaeda members were killed Monday in an apparent US drone strike on the Yemeni port city of Mukalla, which the jihadists overran last month, an official said.

The drone targeted a vehicle at the entrance to a presidential palace in Mukalla, capital of the southeastern province of Hadramawt, the official said, asking not to be named.

"Four Al-Qaeda members were killed, including leaders, and others wounded," he said, without being able to name those killed.

A US drone strike last month killed the senior Al-Qaeda official who appeared in a video claiming the deadly January attack on French magazine Charlie Hebdo, a monitor said Thursday.

Nasser bin Ali al-Ansi was killed in the April strike along with his eldest son and other fighters, also near the palace in Mukalla.

The announcement of his death came in a video posted last week on Twitter by Al-Qaeda in the Arabian Peninsula -- which Washington considers the international terror network s deadliest branch.

The United States is the only country that operates drones over war-torn Yemen.

Al-Qaeda has exploited fighting between rebels and beleaguered government forces backed by a Saudi-led coalition to consolidate its grip on Hadramawt province.

Washington has acknowledged that Al-Qaeda is gaining ground but has vowed to keep up its battle against the group.