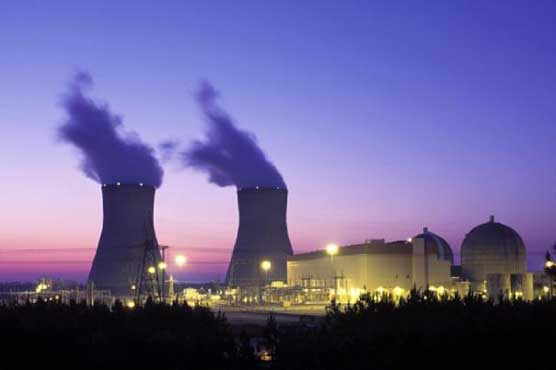 South Korea has taken this step due to warnings of "unprecedented" power shortages.

Part of a widening investigation into a scandal involving parts provided with fake safety certificates, the latest move means 10 of the South s 23 nuclear reactors are currently offline for various reasons.

"Power shortages on an unprecedented scale are feared this summer," the Ministry of Trade, Industry and Energy said in a press statement, adding that replacing suspect parts could take up to four months.

Blackout alerts, triggered automatically when power reserves dip below a certain level, were highly likely, while power shortages could be "very serious" in August, the statement said.

The ministry said it would "strongly" enforce measures to reduce energy consumption, including rescheduling working hours to stagger demand and limit damaging peaks.

The Nuclear Safety and Security Commission (NSSC) said it had shut down two reactors -- one at the Gori nuclear complex and another at the Wolseong plant -- after learning that both had used parts supplied with forged warranties.

The scheduled resumption of another reactor under maintenance at Gori, and the start of a new reactor at Wolseong were postponed for the same reason, the commission said.

Parts used at all four reactors would have to be replaced, it added.

All parts supplied for use in South Korean reactors require quality and safety warranties from one of 12 international organisations designated by Seoul.

Last year, officials said eight suppliers were found to have faked warranties covering thousands of items used in a number of reactors and, earlier this month, six nuclear engineers and suppliers were jailed for their part in the scandal.

Although the suspect parts were "non-core" components that presented no public safety risk, the authorities instigated an inspection of all reactors nationwide.

Tuesday s ministry statement said further criminal and civil lawsuits would be filed against any organisation or individual found responsible for forging documents.

"Criminal investigation will also be requested for wrongdoing by suppliers, testing agencies and organisations in charge of verification," including the state-run Korea Hydro & Nuclear Power Co., it added.

South Korea s nuclear sector has been dogged by a series of malfunctions, forced shutdowns and corruption scandals that have undermined public confidence already shaken by the 2011 Fukushima nuclear disaster in Japan.

In May last year, five senior officials of the state-run Korea Hydro Nuclear Power Co. were charged with trying to cover up a potentially dangerous power failure at the country s oldest Gori-1 reactor.

Despite increasing public concern, the government has vowed to push ahead with its nuclear power programme, and plans to build an additional 16 reactors by 2030.