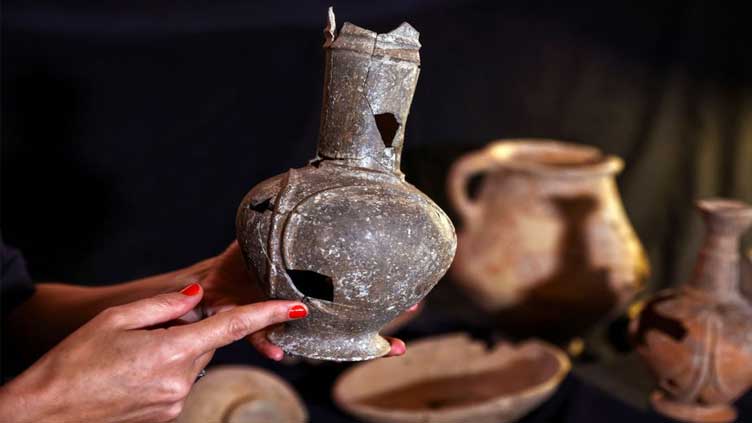 ERUSALEM  (Reuters) - Opium traces have been discovered in Israel in vessels used in burial rituals by the ancient Canaanites, providing one of the world’s earliest evidences of use of the drug.

Discovered in a 2012 excavation in Tel Yehud in central Israel, the Late Bronze Age vessels, shaped like upside-down poppy flowers, were found at Canaanite graves, where they were likely used in burial ceremonies and for offerings for the dead in the afterlife, researchers said on Tuesday.

A new joint study by the Weizmann Institute of Science, Tel Aviv University and the Israel Antiquities Authority, analysed organic residue in eight of the vessels and found that it was opium, some of which was produced locally and some in Cyprus.

The findings date back to the 14th century BC, the researchers said in their study, published in the Archaeometry journal.

Precisely how opium was used by the Canaanites in their burial rituals, remains unknown, the researchers said.

"It may be that during these ceremonies, conducted by family members or by a priest on their behalf, participants attempted to raise the spirits of their dead relatives in order to express a request, and would enter an ecstatic state by using opium," said Ron Beeri of the Israel Antiquities Authority.

"Alternatively, it is possible that the opium, which was placed next to the body, was intended to help the person’s spirit rise from the grave in preparation for the meeting with their relatives in the next life," Beeri said.

In 2020, researchers confirmed 8th century BC traces of cannabis had been found on an altar in a 3000-year-old ancient Israelite shrine in the Negev Desert.