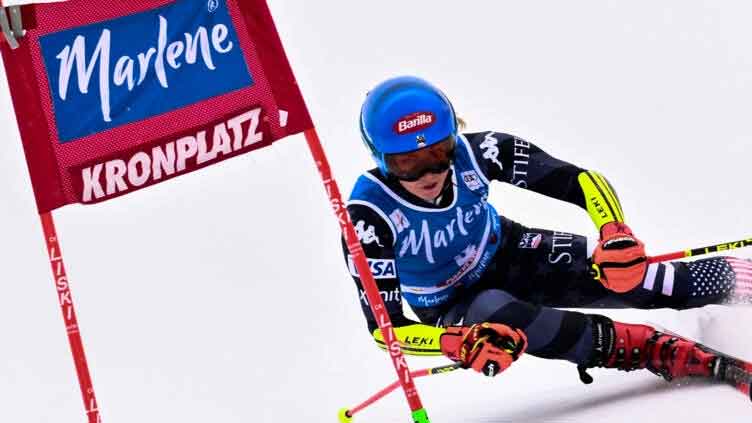 "There were some spots where I was skiing very strong, but not always taking on the speed," said Shiffrin.

"I felt very, very good on the start, so it s just taking that skiing and being a bit more aggressive on the rest of the course."

Home hope Federica Brignone was 0.27sec off the pace in third despite her saying she was close to vomiting with tension before her run, while her compatriot and discipline leader Marta Bassino was 1.42sec behind Shiffrin down in 10th.

"I m really happy, I was always on the edge... I was stable, I was on my skis, I was pushing and I was really happy," said Brignone

"I feel more free because after Cortina I wanted to do well at my home and I didn t succeed so I was really tense before the first run. I almost wanted to puke because I wanted to have a good first run so I m feeling more free for the second run."

Victory for Shiffrin in the Dolomites would break a tie with now-retired Lindsey Vonn as the female skiers with most wins on the elite alpine circuit.

Shiffrin and Vonn are locked on 82 World Cup wins apiece, four behind the overall record of 86 held by Swedish legend Ingemar Stenmark, who dominated the men s slalom and giant slalom disciplines for a decade from 1975 before retiring in 1989.

The 27-year can make history in the day s second run which will start at 1230 GMT.