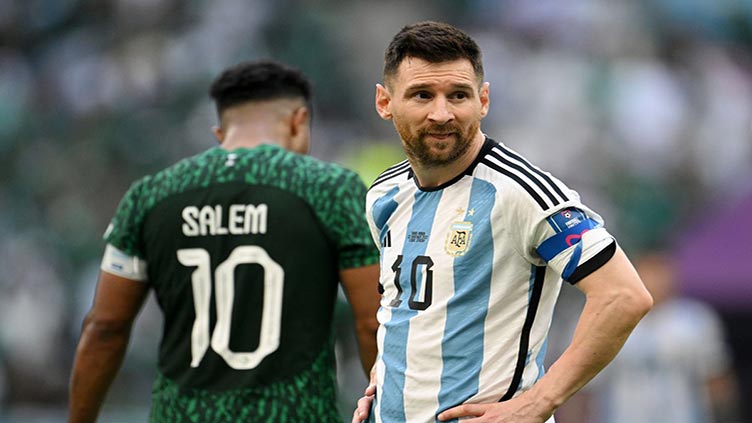 DOHA (AFP) – Lionel Messi and Robert Lewandowski head into Wednesday’s showdown between Argentina and Poland with the futures of what could be their final World Cup adventures hanging in the balance.

Either one of two of the biggest stars of European club football could fail to qualify for the knockout stages in Qatar and end their careers without tasting glory at the most prestigious tournament of all.

Messi has already netted twice in his last attempt to emulate Diego Maradona and win the World Cup for Argentina and is trying to drag the Albiceleste out of Group C after they were stunned by Saudi Arabia in their opening match.

Argentina beat Mexico 2-0 to salvage their campaign and sit second, level on three points with the Saudis and one behind leaders Poland and only a win will guarantee that 35-year-old Messi s Qatar campaign continues into December.

An Argentine exit would devastate fans back home and a worldwide army of Messi fans desperate to see him lift the World Cup.

It would also be a fitting climax to the career of one of football s greatest ever players, but coach Lionel Scaloni sees such histrionics as unnecessary.

"It s hard to make people understand that the sun will rise tomorrow, win or lose," he said after his side beat Mexico to get their challenge back on track.

"What matters is how you do things."

Lewandowski was brought to tears by fulfilling his "childhood dream" of scoring his first ever World Cup goal in what was his fifth match at the finals, a 2-0 win over the Saudis.

The Barcelona forward knows he might not get another chance on this stage should the Poles exit the tournament on Wednesday.

"I m aware it might be my last World Cup and I wanted to be able to say that I ve played and scored at World Cups," said the 34-year-old.

Lewandowski is a safer bet to make the last 16 as Poland will be through with a win or a draw, and even if they lose they are only sure to be knocked out if the Saudis beat Mexico.

Poland coach Czeslaw Michniewicz insisted it wasn t simply a contest between the forwards despite the inevitable focus on the two big stars.

"It s not only a match between Lewandowski and Messi, it s not tennis," he said.

On Tuesday, the United States reached the knockout phase by beating Iran 1-0 in a battle of geopolitical foes, earning a second round meeting with the Netherlands.

Christian Pulisic s winner in the 38th minute of an absorbing contest in Doha eliminated the Iranians.

The meeting of the bitter ideological rivals had been marked by a bad-tempered buildup, with Iran s Football Federation demanding on Sunday that FIFA punish US Soccer for posting a modified version of their country s flag on social media.

The defeat ended a fraught campaign for Iran, whose every move in Qatar has been scrutinised for signs the players are showing support for mass anti-government protests that have shaken the Islamic republic.

The Americans finished two points behind England in Group B after Gareth Southgate s team cruised past Wales 3-0 in a one-sided  Battle of Britain  decided by a Marcus Rashford brace and another strike from Manchester City star Phil Foden.

Rashford said his double, which included a stunning free-kick to open the scoring in the 50th minute at the Ahmad bin Ali Stadium, was "what I play football for".

"I have massive ambition for this team and think we can play even better than we showed today," added Rashford.

England will face Senegal on Sunday after Chelsea defender Kalidou Koulibaly snatched a 2-1 win over Ecuador to finish second behind the Dutch in Group A and knock out the South Americans.

Koulibaly said he would give late Senegalese icon Papa Bouba Diop s family his man-of-the-match award after firing the Lions of Teranga into the last 16 for the second time in their history.

Cody Gakpo his third goal of the tournament as the Netherlands booked their place last 16 as group winners with a straightforward 2-0 victory over hosts Qatar.

Qatar, which has spent $200 billion to host the World Cup, bow out of their own tournament with the worst ever performance by a host nation -- zero points and just one goal scored.