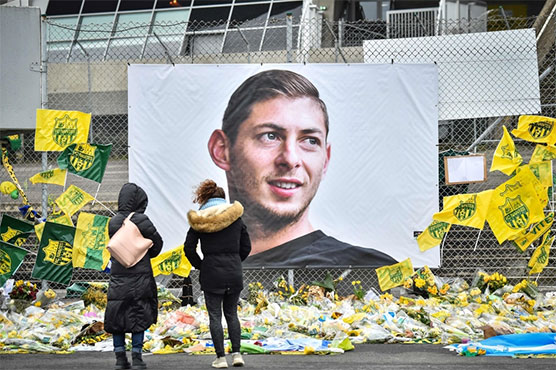 BOURNEMOUTH (AFP) - Argentine footballer Emiliano Sala s family grieved on Friday after British authorities formally identified his body as the one recovered from the wreckage of a plane that went down in the Channel more than two weeks ago.

"We can now begin to mourn our son and our brother," the Cardiff City striker s family said in a statement.

"We would like to thank you for all of your signs of affection and support in the most painful time of our life.

"To see everyone doing everything possible to join us in the search has been a precious help to us."

His French former club, Nantes, said it was retiring Sala s number nine jersey. All matches in France s top two divisions this weekend will be preceded by a minute of applause for him.

The light aircraft carrying Sala from Nantes to his new club disappeared near the British island of Guernsey on January 21. The only other person on board was the aircraft s 59-year-old pilot David Ibbotson, who has not been found.

The player s body was first spotted by British rescuers using a remotely operated underwater vehicle on Sunday, close to where the plane vanished from radar.

Investigators recovered the body on Wednesday and transported it to the southern English coast. It was taken to Bournemouth where it was formally identified.

Investigators said they were abandoning plans to lift the plane wreckage out of the water due to bad weather.

Sala s disappearance sparked an outpouring of grief and a flood of cash to support a private hunt for the plane when the official search was initially called off.

"I am very sorry about this sad news. Many of us kept a glimmer of hope for you, Emiliano," football icon Maradona said on Instagram, following the identification of the body.

"What sadness, this is the worst news. Rest in peace warrior," tweeted former Argentina striker Batistuta.

The small Argentine town of Progreso, where the footballer lived for most of his childhood, was also in mourning.

"Since we found out, it s all anyone can talk about," said local restaurant owner Oscar Heymo, a friend of Sala s father Horacio. "He was very much loved and admired by all."

In Cardiff, the club s manager Neil Warnock said Southampton and Cardiff City players would wear black armbands in their English Premier League match on Saturday and a minute s silence would be observed before kick-off.

"When something like this happens it brings all the football family together," he said. "It s a loss to everyone in football."

Sala s sister Romina wrote on her Instagram account: "Your soul in my soul will shine forever".

The plane, a Piper PA-46 Malibu, vanished from radar around 20 kilometres (12 miles) north of Guernsey.

The discovery of two seat cushions on the French coast last week revealed that the plane had broken apart.

Initial search operations were suspended in the days after it went missing but a crowdfunding effort supported by thousands of donations, including from football stars such as Argentina superstar Lionel Messi, helped launch a private search.

Without the fundraising effort "I don t think anybody would have searched for the plane," shipwreck hunter David Mearns, who was hired by the family, told AFP.

The AAIB said that extensive video footage captured of the sunken wreckage is expected to "provide valuable evidence for our safety investigation".

It said it intended to publish an interim report on the accident later this month.

Sala was the most expensive signing in Cardiff s history.

Nantes have consulted lawyers to explore legal options to ensure Cardiff pay the transfer fee for Sala, a source close to the French club said on Wednesday.

According to the source, the first instalment of the 17-million-euro ($19.3 million) deal has yet to be paid, despite the transfer being finalised before the accident.

Nantes coach Vahid Halilhodzic said Friday: "To talk about money in these moments is disgusting."

He described the news that Sala s body had been formally identified as "awful" and "unfair".

"We had always maintained hope but we knew in the end that it was slim, almost an illusion," said the 66-year-old, who wept as he spoke to reporters. 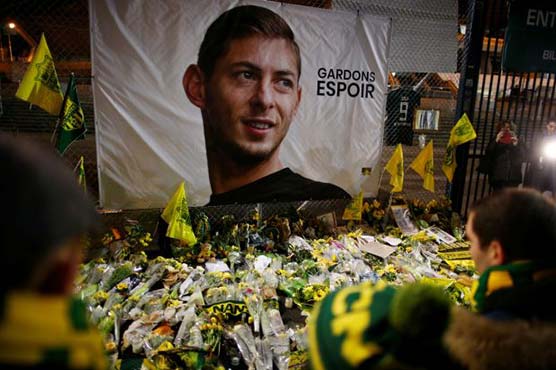 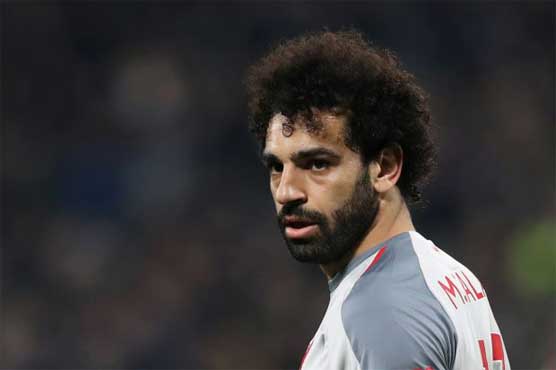