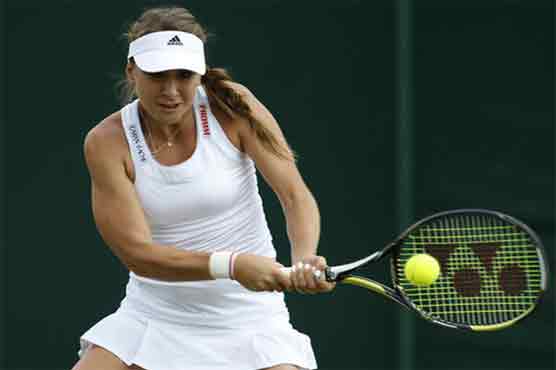 Belinda Bencic of Switzerland will face Jelena Jankovic of in the semi-finals of the Topshelf Open.

S-HERTOGENBOSCH (AP) - Teenager Belinda Bencic of Switzerland will face veteran Jelena Jankovic of Serbia in the semi-finals of the Topshelf Open after saving three match points in a 7-6 (4), 6-7 (4), 7-5 win against seventh-seeded Kristina Mladenovic of France on Friday.

The 18-year-old Bencic had match point at 6-5 in the second set, only for Mladenovic to fight back in a contest lasting nearly three hours. Mladenovic hit 16 aces and had three match points at 5-3 in the decider before Bencic surged back.

"She was serving so well, but in my head I was prepared for it," Bencic said. "She served so many aces on important points and it s difficult, because it puts a lot more pressure on your serve, but I was ready for it. It was just an amazing match."

He next plays either Gilles Muller of Luxembourg or Marius Copil of Romania, who were playing their quarterfinal later Friday.