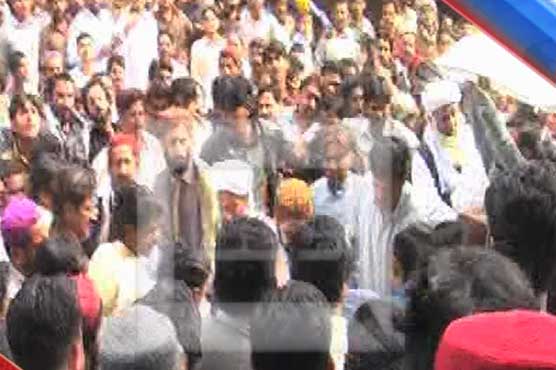 Grandson of a mystic was killed while 10 others hurt in a bomb blast in Jacobabad on Wednesday.

JACOBABAD: A blast took place during a rally being attended by Syed Hussain Shah here on Wednesday.

Syed Hussain Shah was among the ten injured while his grandson was killed in the remote controlled blast following which the security situation deteriorated in several cities of Sindh.

Following the blast markets were shut down in Jacobabad, Mirpur, Mathelo and Larkana while angry protestors started aerial firing while expressing their resentment over the mishap.

So far the injured were concerned, they were shifted to hospital for first aid.