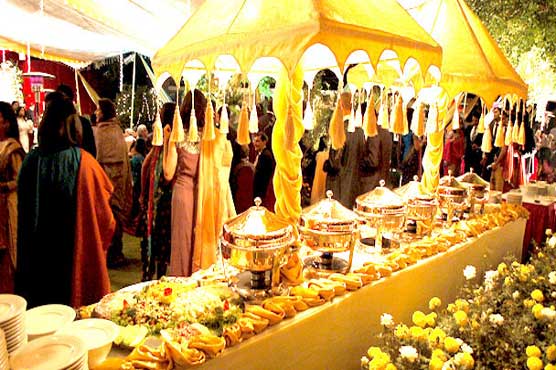 Capital Development Authority has not taken the proper action to stop this illegal practice.

ISLAMABAD: Wedding functions are being held unhindered in all the parks and plots of federal capital causing inconvenience to the citizens.

Capital Development Authority (CDA) has taken no step to stop this illegal practice of occupying parks and grounds by the marriage ceremonies organizers and putting the life of the citizens at stake amid the unremitting aerial firing.

The three days including Friday, Saturday and Sunday are selective days in connection with marriage ceremonies and no park or ground is left vacant by the wedding parties organizers.

All the parks turn into garbage depots as no cleanliness arrangement is made by the wedding parties sponsors after the conclusion of functions.

Police also keeps mum over the bouts of aerial firing which continues the whole night till the break up of morning. Several casualties have reported due to the aerial firing but no action has been taken against the violators of anti aerial firing rules.

The citizens have demanded of the government to take immediate measures to stop holding of marriage ceremonies in parks, green belts and open fields.