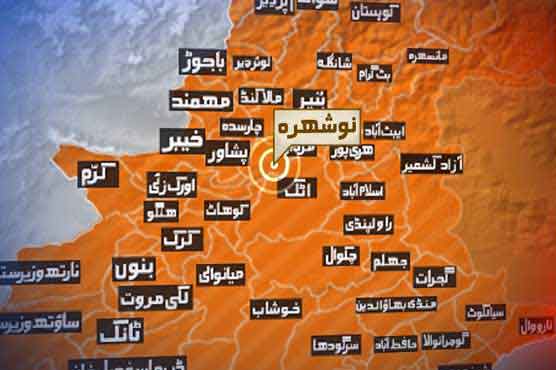 At least two children were killed when a cylinder exploded in Jalozai area of Nowshera.

NOWSHERA: According to local police, a cylinder exploded in a house in Jalozai area of Nowshera in wee hours of Tuesday after which the house caught fire due to which three-year-old Shoaib and eight-month-old Talha were burnt alive while their parents were critically wounded.

The officials informed that the sound of blast was also heard in far-flung areas. Police, bomb disposal squad and rescue teams reached the sight after the blast.

The injured were shifted to Lady Reading Hospital, Peshawar where they are stated to be in critical condition.