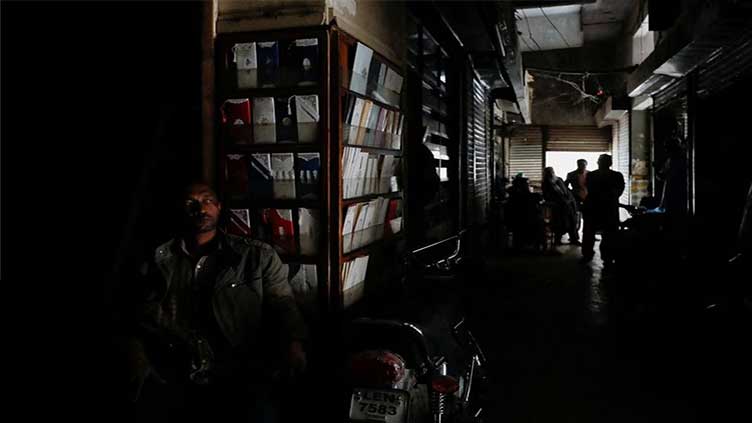 (Reuters) - Millions of Pakistanis were left without electricity for the second time in three months after a grid failure on Monday, affecting nearly all parts of the country - from the capital Islamabad in the north to Karachi in the south.

Here’s a look at what happened, and the immediate prospects for Pakistan’s power grid.

Pakistan’s energy ministry said on Monday the system frequency of its National Grid went down at 0734 hours local time, causing a “widespread breakdown” in the power system.
Energy Minister Khurrum Dastgir told Reuters the outage was caused by a large voltage surge in the south of the country that affected the entire network.

Pakistan typically meets more than a third of its annual power demand using imported natural gas, prices for which shot up following Russia’s invasion of Ukraine.

A recent delay in receiving funds under an International Monetary Fund (IMF) programme has resulted in the country struggling to buy fuel from abroad. Fuel shipments make up the bulk of Pakistan’s import bill, and current foreign exchange reserves barely cover a month’s worth of imports.

The government has ordered malls, restaurants and markets to shut by 8.30 pm every day to conserve energy, and ramped up imports of fuel oil to keep lights on in schools, hospitals and factories in the country of 220 million people.

Pakistan has been facing hours-long power cuts for months, with rural areas facing longer outages than cities. While the duration of power cuts has come down during the winters, many parts still face power cuts to save fuel costs.
An intense heatwave during the summer of 2022, followed by gas shortages amid surging global natural gas prices, has resulted in crippling power cuts across the country.

Electricity grids fail or break down when there is a big mismatch between demand and supply, sometimes due to unexpected or sudden changes in power use patterns.

In extreme cases, when the gap between supply and demand widens beyond a certain threshold, all generating stations are unplugged from the grid, resulting in a blackout.

It is not immediately clear what the exact cause of Pakistan’s grid breakdown was, but power grid frequency typically falls when supply falls short of demand.

Dastgir told the Geo TV channel that some power generators were being taken off the grid during the night in winter as a cost-saving measure, as power demand was low.

Dastgir did not say what type of power generators were disconnected, but a shortage of gas at utilities could have potentially hurt the grid’s flexibility.

Gas-fired utilities and hydropower plants are generally the best equipped to handle sudden fluctuations in power demand, as electricity output from these units can be ramped up and down within minutes.

Other utilities such as those running on coal or nuclear fuel operate continuously, making them unsuitable to deal with sudden fluctuations.

Pakistan expects to restore power to most parts of the country by 2200 hours local time, meaning large swathes of the country will have been in the dark for over 14 hours.

“We are trying our utmost to achieve restoration before that,” Dastgir told Reuters.

In a similar case in Bangladesh in October, the country suffered a grid failure that lead to outages in nearly three-quarters of the nation, when it took over 10 hours to restore power.