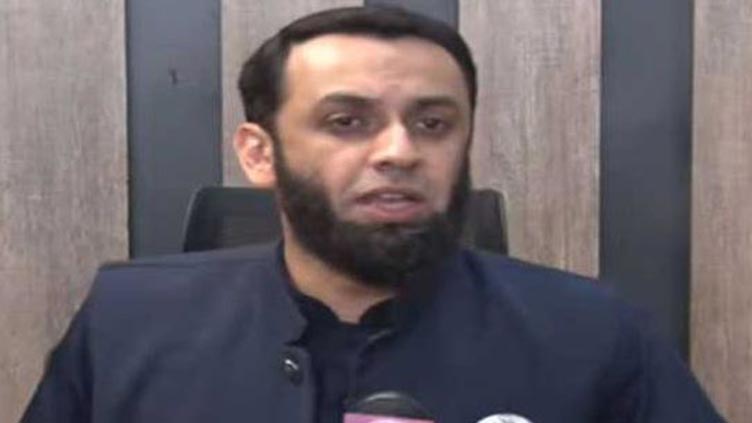 LAHORE (Dunya News) – Pakistan Muslim League – Nawaz (PML-N) leaders on Wednesday said that the mandate of 120 million people of the province was at stake, after Pakistan Tehreek-e-Insaf (PTI) had announced to dissolve Punjab Assembly.

During a joint press conference, special assistant to the Prime Minister Ataullah Tarar and PML-N Punjab spokesperson Azma Bukhari said that the ‘sword of dissolution’ was still lingering on Punjab Assembly, adding that the assembly is meant for people and not for someone’s vested interests.

The PML-N leaders went on to say that the Punjab Chief Minister Pervaiz Elahi was administering the country’s most populous province on the directions of PTI chief and former prime minister Imran Khan. However, democratic principles must be upheld while running the affairs of the province, they added.

Tarar said, “A provincial minister is trying to impede our way to justice by Lahore High Court, but we are hopeful of the court’s impartiality”.

Taking onto the dissolution, he added, “We [PML-N] are filing a miscellaneous petition with the court regarding the dissolution of the assembly. No assembly member could be deprived of casting a vote. Majority of the PTI lawmakers do not weigh in for the dissolution”.

Commenting on Imran Khan’s statements on Gen (retd) Qamar Javed Bajwa, he stated, “He [Imran] himself had extended his tenure [ Qamar Javed Bajwa]. Now he went on to start using foul language. Continuing to criticize the former prime minister, Tarar said that he [the PTI chief] had enjoyed unprecedented support from the army [during Gen (retd) Bajwa’s tenure]”.

Countering the PTI’s demand for general elections in Punjab and KPK after dissolution of assemblies, Tarar said, “It is illogical to conduct general elections in two provinces only. Instead, elections are held in all the provinces across the country at the same time”.
He added that, “PTI should let assemblies complete their terms. Democratic process must not be derailed. Any PTI member found derailing the constitution will be brought to the court”.

Answering a question regarding negotiations with the ruling coalition in the province, Tarar said, “Had we [PML-N] been up for negotiations, we would not have been pursuing a case in the court".

Calling Punjab CM Elahi’s appointment unconstitutional, he claimed, “Pervaiz Elahi got the slot through unconstitutional means. Imran used to call Elahi the biggest dacoit [daku] in the province, and now Elahi and his son have proved his [Khan’s] stance”.

He slammed the Punjab CM Elahi by saying that the former prime minister [Imran Khan] used to say him [Elahi] ‘a robber’ and now he has left no stone unturned to prove the PTI chief’s statement as ‘right’.

Reiterating Tarar’s point regarding Elahi’s election as the Punjab CM, she added, “Pervaiz Elahi who was elected unconstitutionally as the chief minister of the province is trying to put the province’s future at stake.”

Alleging the PTI of conspiring against the PML-N in Punjab, Azma Bukhari said, “Punjab Assembly under PTI’s leadership is undergoing an attempt to expel upto fifteen lawmakers to influence PML-N’s vote count in the assembly.